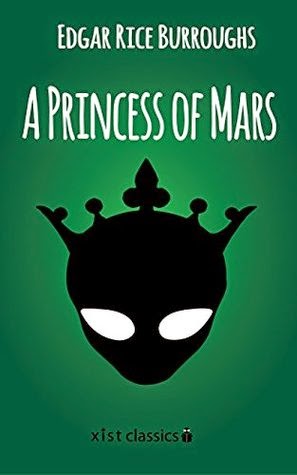 Sometimes I think I must be living under a rock, you know?

I wanted to read some classic sci-fi and some of the old classics have been remastered into inexpensive ebooks, so I picked up The Princess of Mars, published in 1912 - that's right, over 100 years ago -  by the acclaimed author of Tarzan, Edgar Rice Burroughs.

It's all about a man named John Carter, who is a gold miner shortly after the US Civil War and is somehow transported to Mars where he meets all manner of Martian people and animals, and ends up involved in their wars, winning the hand of a Princess, and living there for ten years.

As I neared the end of the book, I thought to myself, "You know, there was a movie out a couple of years ago called John Carter. I never saw it, but I wonder if it is in anyway related to this book?"


So I finished the book and did a little googling, and guess what?

Oh. You already knew that. Well darn. Here I thought I was going to get to be the one to tell you that the movie called John Carter is based on this book. *sigh*

So if you happened to see the movie John Carter, you will know exactly what this book is all about. I have to say, for a book written so long ago Mr. Burroughs had a fabulous imagination, and in spite of what we now know of the terrain of Mars, there's no proof that what he wrote couldn't have been true a one point in time. I now want to see the movie just so I can see what they did with the fantastic world and creatures Mr. Burroughs brought to life.

It's a rather formulaic story, and fairly violent, but I did enjoy it and I am curious to read further books by Edgar Rice Burroughs. How about you?

If you'd like to pick up A Princess of Mars for yourself, here is the link to it on Amazon.

Did you see the movie John Carter? What is your favorite classic sci-fi story? Tell me about it in the comments or share your thoughts with me at TheRealABShepherd@hotmail.com.

Book Blurb:
Do you love tales of inter-species romance? Want fantasy, science fiction and adventure all rolled into one? A Princess of Mars is a space western with heart and is a classic example of early 20th century pulp fiction.
Follow John Carter as he mysteriously is transported to Mars and earns the respect and love of the planet's strange inhabitants. 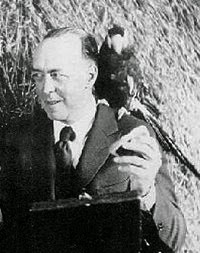 About the author:
Edgar Rice Burroughs was an American author, best known for his creation of the jungle hero Tarzan and the heroic John Carter, although he produced works in many genres.
Posted by A.B. Shepherd at 8:00 AM