Not feeling it - South of Darkness by John Marsden #amreading #MondayBlogs 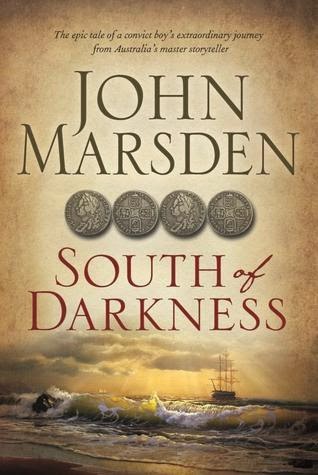 In May of 2011, long before I was writing book reviews, I discovered John Marsden. He is the award winning and brilliant Australian author of The Tomorrow Series and The Ellie Chronicles. The Tomorrow Series starts with Tomorrow, When the War Began, which was made into a movie a few years ago.

This series is set in modern day and revolves around six teenagers who are camping in the bush when Australia is attacked and overrun by an unidentified enemy. The teenagers return to town to find all of their families and everyone they know has been rounded up in a concentration camp. They must not only survive on their own, but they also do their best to fight the enemy as best they can.

It is a fantastic Young Adult series and I can't say enough great things about it. 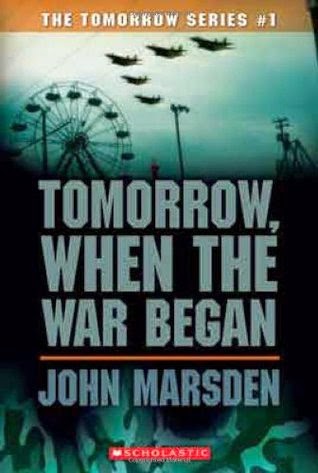 South of Darkness is Marsden's first foray into writing a book for adults, or so I've read. It is the historical story of young Barnaby Fletch, an orphan growing up on the mean streets of London in the late 1700s, and later transported to Australia as a convict.


The story is told from a first person perspective. With Barnaby as the narrator we only read his name a handfull of times throughout the book. It was very easy to forget it.


The book is written in a very Dickensian type prose, which I guess is to be expected due to the historical time period and the first person narration, but I really didn't enjoy that, and all I could think while reading it was this is sort of a poor man's Oliver Twist.

I was never able to emotionally connect with Barnaby. In spite of the numerous perils that threatened his life I never feared for him and I'm not sure why. Was it because I suspected he'd come out right because he was the narrator? Was it because I've just read too many books set in this horrible time period and am immune to the depravations he suffered? Was it because Barnaby was quite a religious young man and was frequently referencing the Bible? Was Marsden just trying to hard?

I do know that there are quite a few others who don't feel the same way I do, and actually loved this book.

Marsden put a ton of work into making this book historically accurate, and I think he succeeded quite well, at least in that regard. But Barnaby Fletch is no Ellie Linton and I really didn't care whether he lived or died.

If you'd like to check out South of Darkness for yourself you can find it on Amazon by clicking here.

Or if you'd like to read a really GREAT book and want to check out Tomorrow, When the War Began you can find IT on Amazon by clicking here.

Have any of your favorite authors disappointed you? Please tell me about it in the comments.

Book blurb:
Thirteen-year-old Barnaby Fletch is a bag-and-bones orphan in London in the late 1700s.

Barnaby lives on his wits and ill-gotten gains, on streets seething with the press of the throng and shadowed by sinister figures. Life is a precarious business.

When he hears of a paradise on the other side of the world – a place called Botany Bay – he decides to commit a crime and get himself transported to a new life, a better life.

To succeed, he must survive the trials of Newgate Prison, the stinking hull of a prison ship and the unknown terrors of a journey across the world.

And Botany Bay is far from the paradise Barnaby has imagined. When his past and present suddenly collide, he is soon fleeing for his life – once again.

About the author:
His first book, So Much To Tell You, was published in 1987. This was followed by Take My Word For It, a half-sequel written from the point of view of another character. His landmark Tomorrow series is recognized as the most popular book series for young adults ever written in Australia. The first book of this series, Tomorrow When The War Began, has been reprinted 26 times in Australia. The first sequel of a new series of books featuring Ellie Linton from the Tomorrow series (The Ellie Chronicles) was published in 2003, with the second novel and third novels released in November 2005 and November 2006 respectively.