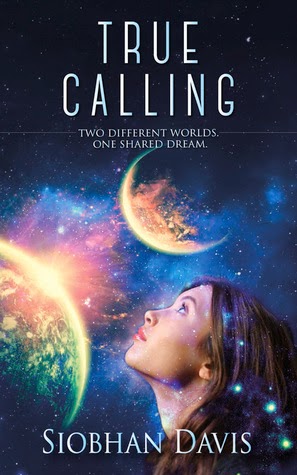 I received this book free from Netgalley in exchange for an honest review.

I'd been in a reading slump for awhile, and when Netgalley offered me this book I thought it sounded pretty good. I'd been looking for a great post-apocalyptic sci-fi read. At the time I hadn't realized that it was the first book in a series, rather than a stand alone. You all know how I feel about series - I love them if done right. This one was pretty good right up until the end, where the author cut it off at what I felt was a crucial point leaving me screaming in frustration, as happens so often with series anymore. Yes, I know you want us to get the second book, but for crying out loud don't drop us in mid-air!


Okay, enough of that rant. I've said it all before and I know many others aren't as frustrated by those total cliff-hangers as I am.

So, in this book things are rough for Ariana and her family in, what should be, a utopian future world on Planet Novo. When things got bad on Earth, many people were lifted to Planet Novo, but only if they were completely healthy and less than middle-aged. The government has wiped their memories of any loved ones left behind on Earth so that they can live happy and productive lives without those pesky painful memories bringing them down.

Now the government has decided that they need the young people to begin reproducing so they set up what is basically a reality show dating scenario which they call "The Calling" where the populace gets to pair up young couples from each region to marry and begin popping out babies.

Ariana is distressed by this program because she is one of the candidates. In addition, she's got family problems and is having disturbing dreams and all she wants to do is deal with her family issues and finish her schooling.

There's a lot going on in this story and while some of it is a bit, um...shmaltzy?...and maybe disturbing...it is interesting and a fun read. Until that damn pesky ending. *sigh*

Want to check it out for yourself? It's on Amazon - just click here.

What have you read lately that left you frustrated? Tell me in the comments.

Book blurb:
Planet Novo, nestled in space twelve hundred miles above the surface of the Earth, is the new home of 17 year old Cadet Ariana Skyee. Confused by the government-sanctioned memory erase and distressed at her impending forced marriage and motherhood, Ariana’s plans for the future are thrown into complete disarray.

As the traumatic events within her family life enfold, Ariana grows increasingly alarmed at the authorities apparent pre-occupation with her and feels progressively more isolated and alone.

Her growing feelings for fellow Cadet Cal Remus intensify as the recently announced pageant, ‘The Calling’, gets underway. Struggling to comprehend the continuous, inexplicable dreams of the mysterious Zane, discovering the past helps shape her future, with devastating personal consequences.

About this author
Siobhan Davis is the author of YA science fiction romance series True Calling.

A self-diagnosed ‘teenager forever’—at least when it comes to books, music and movies; Siobhan is totally addicted to teen fiction and superhero/blockbuster movies.

Siobhan has forged a successful corporate career, in Human Resources, over the last twenty years.

A member of the IWI writers group, Siobhan resides in the Garden County of Ireland with her husband and two sons.
Posted by A.B. Shepherd at 8:00 AM