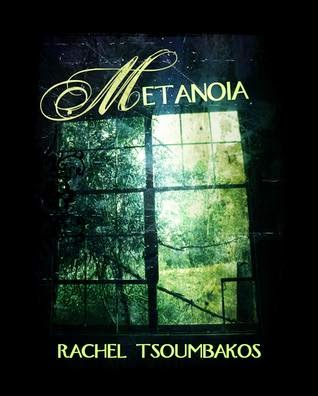 So a few weeks ago I was jonesing for something dystopian to read, and I went to my group and said, "Hey, pitch me your dystopian novels!"

Several were pitched and I did purchase a few that night. This is one of them. It is a kind of different take on the whole zombie story theme. I liked the author's creativity and how she set up her dystopian world. I liked that it was set in Australia. I liked that the main character was an assassin who had been sent to kill her ex-husband.


The story itself wasn't bad, although it had a few quirks that I found a bit odd. For an assassin, Marli seemed a bit squeamish for one. But hey, every author has his or her own take on how her characters will react, right?

The biggest problem I had with this book that I purchased based on the author's recommendation, was that it was in desperate need of editing. There were so many typos, and other errors, that I was horrified this book was out for PURCHASE, and the acknowledgements even thanked her editor.

Now I did speak with the author about this, and she indicated she had put it out before she was ready due to some time constrainsts she had to meet. She said she is in the process right now of correcting all those errors. I had initially told her I was,  uncomfortable leaving a review because it wouldn't be favorable, and she very professionally told me she was looking for honest reviews and she was happy for me to write it how I felt it. Kudos to her for that! I truly admire her professional attitude.

While I don't really see that as a valid excuse for giving your readers (and expecting them to pay for it) an inferior product, especially when it gives Indie authors a bad name, I do hope she gets her corrected version up soon so that others might actually enjoy her book. It would have scored much higher for me had it been edited properly before I paid for it.

Book blurb:
METANOIA Definition: n. a spiritual conversion or awakening; a fundamental change of character Etymology: Greek 'change one's mind, repent' Marli Anderson has just one task: assassinate Oscar La Monde, the man she once loved. As assassin for hire for the prestigious Merrick's Inc., she is sent back to her home town to kill the man she now loathes beyond all others-her husband. Considering they are on opposing sides of the uprising, Marli anticipates an easy task; 'closure' they call it. The fact that she can exact her revenge for his past discretions is just the icing on the cake. When she arrives, the town has changed. The man she hated is unexpectedly welcoming. And the town's folk-well, they're just... different. Someone or something has transformed them all into a bunch of zombies. They appear to be harmless - but are they?

As she begins to uncover details of who may be behind the townfolks' metamorphosis, Marli is left fighting for the truth. Will she and Oscar be able to unravel the web of deception before it's too late? Should she trust her heart or her head? Which is less likely to get her killed? Either way, METANOIA is a heart-stopping zombie apocalypse adventure that will keep you guessing at every twist and turn until the very end.

About the author:
Rachel Tsoumbakos is a stay home mother of two.

While she has had several articles published through mainstream magazines, she has also written extensively for Suite 101 and True Blood Net.

In between writing novels, Rachel also runs a successful copywriting and formatting business.

Her current work in progress, Unremembered Things, is an edgy paranormal trilogy about a woman who is in charge of saving the world even though she suffers from amnesia. Make sure you follow her blog for more information.

Her newest endeavour is Zombie Apocalypse Now! This is a zombie apocalypse serial written entirely from a female perspective - and these gals know how to kick some butt!

Find Rachel on all the common Social Medias: