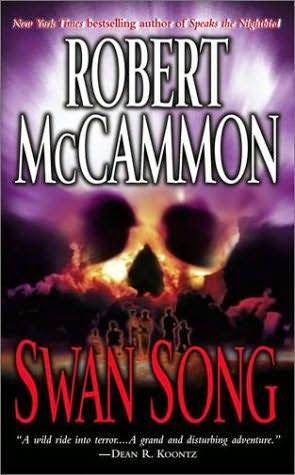 A week or so ago I went to a group of Australian authors and asked for recommendations for a really good post-apocalyptic read - preferably one written by one of them. It seems that particular group doesn't write much in the post-apocalyptic genre but two separate people in the group recommended this book - Swan Song - saying it is the best apocalyptic book they've ever read. It's a bit pricier than I usually spend for a Kindle book, but since I came so highly recommended I splurged a little and bought it anyway.


Is it the best post-apocalyptic book I've ever read? No, it isn't. But it is a pretty good story. There are basically three stories in this novel, that eventually intertwine. It is part horror, and extremely gruesome at times, (a LOT of the time actually) but in spite of the dark, dreary, hopelessness of the situations the characters find themselves in there is a spark of hope on the horizon. Swan.

It is epic - at 864 pages it couldn't be anything else. I generally don't like to read books that are quite so long, but this one held my interest in spite of its length.

I do have a few minor complaints - everyone seems to have sunken eyes in this book, and 95% of them are blue eyes. And I have one major complaint which requires a spoiler. I'll share that one in a minute, but it didn't ruin the book for me. It just annoyed me a bit. It is still a really good book about the ongoing battle between good and evil. If you like epic post-apocalyptic fiction I think you'd enjoy this one. Okay, now for the spoiler.

What is your favorite post-apocalyptic book? Preferably not with zombies, vampires or the like. I'd love some great recommendations. Please leave them in the comments.

Want to check out Swan Song for yourself? You can find it on Amazon by clicking here.

Book Blurb:
In a wasteland born of rage and fear, populated by monstrous creatures and marauding armies, earth's last survivors have been drawn into the final battle between good and evil, that will decide the fate of humanity: Sister, who discovers a strange and transformative glass artifact in the destroyed Manhattan streets; Joshua Hutchins, the pro wrestler who takes refuge from the nuclear fallout at a Nebraska gas station; and Swan, a young girl possessing special powers, who travels alongside Josh to a Missouri town where healing and recovery can begin with Swan's gifts. But the ancient force behind earth's devastation is scouring the walking wounded for recruits for its relentless army, beginning with Swan herself. 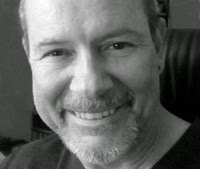 Robert Rick McCammon was a full-time horror writer for many years. After taking a hiatus for his family, he returned to writing with an interest in historical fiction.

A new contemporary novel, The Five, was published in May 2011 by Subterranean Press.

The Hunter from the Woods, a collection of novellas and stories featuring Michael Gallatin, the main character from The Wolf's Hour, was published as a limited edition in December 2011 by Subterranean Press. A trade hardcover edition was published in November 2012.

The fifth book in the Matthew Corbett historical fiction series is The River of Souls. It was published by Subterranean Press in trade, limited, and ebook editions in May 2014.

McCammon resides in Birmingham, Alabama. He is working on his next novel.
Posted by A.B. Shepherd at 11:48 PM