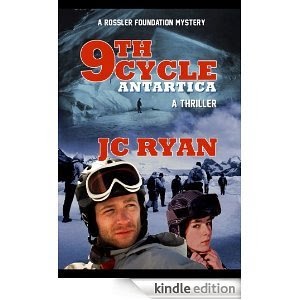 A couple of days ago I reviewed the first book in this series - The Tenth Cycle. You can read that review here.

The big problem I had with that book was the over-the-top romance between Daniel and Sarah - the two lead characters. I am happy to report that there was no such problem for me with this book.

First, Daniel and Sarah are secondary characters in this book, which focuses on Daniel's younger brother  JR - a veteran suffering from PTSD - and entire cast of new characters setting out to explore the possibility of a past civilization on Antarctica.


The baddies in the form of the Orion Society are back again in this book, and again we aren't sure who to trust. There is still a little bit of romance in this one, but it is much less a focus and the plot takes precedence. I'm not a fan of the cover of this book either, but I really did enjoy the story and am left wanting to know more about what the crew found. If JC Ryan writes a sequel to this featuring a follow-up expedition to Antarctica I would love to read it. I'll give this one a solid four stars for that fact alone.

Comment and tell me what you have read lately that rated a solid four stars from you?

Book Blurb:
WAS THERE A HUMAN CIVILIZATION IN ANTARCTICA IN THE PAST?

WILL WE EVER KNOW?

In November 2002 a special U.S. Navy SEAL team is sent to Antarctica to locate and rescue a film crew that has become lost. No trace of them is found, except for film footage of strange artefacts buried under the ice. Everyone who saw the film is warned to never talk about what they have seen - EVER AGAIN.

More than a decade later, in Boulder, Colorado, Professor Charles Summers is intrigued by the discovery of a 16th century map showing the coastline of Antarctica so accurately that when NASA investigates the maps they find that they must update their own current maps! But this map predates any record of the discovery of Antarctica by 300 years!

Who Drew Those Maps and When?
Did They See Antarctica Without Its Icecap?
Did Humans Live On Antarctica Before?
But…Antarctica Has Been Under Its Icecap For 200 Million Years!

Is it possible that beneath the ice we will find the remains of an impossibly ancient civilization? The Rossler Foundation arranges an expedition to Antarctica to search for evidence of such a civilization. The Orion Society immediately mobilizes their resources to infiltrate the expedition. Will their treachery and hunger for power stop this expedition from reaching its goals?

Is There An Ancient City Under The Ice Of Antarctica?

NINTH CYCLE ANTARCTICA, the second book in the Rossler Foundation Series, is a full-length novel, a stimulating thriller about an attempt at uncovering true human history in the face of adversity. This adventure takes readers back into the Mysteries of the Rossler Foundation which began with JC Ryan’s THE TENTH CYCLE.

Make sure you also read JC Ryan's bestselling book THE TENTH CYCLE. - just copy and paste this link into your browser http://amzn.com/B00JMV358M

Books In The Rossler Foundation Mysteries 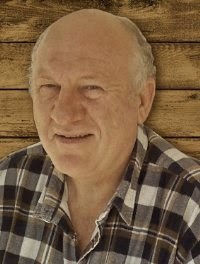 He has been a combat and intelligence officer in the military, practicing lawyer and information technology project manager.
He holds a military as well as a law degree and is married with two daughters and two dogs.

JC currently makes his home on the Gold Coast of Australia.

You can visit his website at http://www.jcryanbooks.com/ to get the latest information about his current and new books.