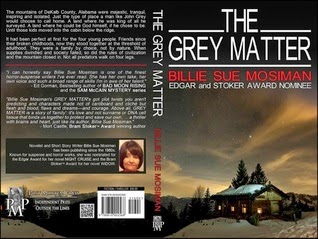 Billie Sue Mosiman is not only an award winning and talented writer, she is also one of my Facebook friends. When I heard she had written a new novel I was eager to read it. I picked it up as soon as it was available for Kindle.


The Grey Matter is the story of four young adults, still teenagers, who have made a home for themselves in the mountains of Alabama. Abe, Ben and Josie have been abused and neglected all of their young lives. Caleb is their wealthy young friend who takes them in and makes a home for them all. Together these four friends learn that family is not necessarily what you are born into, but what you make for yourselves.

There is even an older man up on their mountain that gives them sound advice and shares produce from his garden with them. What could go wrong?

Well for starters, the world as they know it ends when three EMP bombs explode over the USA taking down the electrical grid and everything that goes with it. Chaos reigns, and it becomes a world where survival means fending for yourselves and trusting no one.

But soon these kids learn they have more to fear than marauders intent on stealing their food. There is a killer on their mountain - one who kills for pleasure, not just survival.

I will admit this book didn't always go the way I wanted it to. People I wanted to stay safe were sometimes hurt or killed and people I wanted to die turned out to be harder than heck to kill. I cursed Billie at times while reading it.

It's not a perfect read. There were a few tiny things I felt were flawed, but they didn't impact my enjoyment of this book and I did enjoy it.

Want to check out The Grey Matter for yourself? You can find it on Amazon by clicking here.

Do you like to read books with serial killers?  What are your favorites?

Book Blurb:
The mountains of DeKalb County, Alabama were majestic, tranquil, inspiring and isolated. Just the type of place a man like John Grey would choose to call home. A land where he was king of all he surveyed. A land where he could be God himself, if he chose to be. Until those kids moved into the cabin below the ridge.

It had been perfect at first for the four young people. Friends since their broken childhoods, now they stood together at the threshold of adulthood. They were a family by choice, not by nature. When supplies dwindled and society failed, so did the rules of civilization and the mountain closed in. Not all predators walk on four legs.

THE GREY MATTER is a novel of white-hot suspense where life is unpredictable and survival is paramount. Who is a friend and who's the enemy? 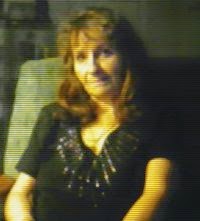 Author of more than 60 books on Amazon, I am a thriller, suspense, and horror novelist, a short fiction writer, and a lover of words. In a diary when I was thirteen years old I wrote, "I want to grow up to be a writer." It seems that was always my course. My books have been published since 1984 and two of them received an Edgar Award Nomination for best novel and a Bram Stoker Award Nomination for most superior novel. I have been a regular contributor to a myriad of anthologies and magazines, with more than 160 short stories published. My work has been in such diverse publications as Horror Show Magazine and Ellery Queen's Mystery Magazine. I taught writing for Writer's Digest and for AOL online, and gave writing workshops locally in Texas. I was an assistant editor at a Houston literary magazine and co-edited several trade paperback anthologies with Martin Greenberg.

My latest work in paperback and Kindle digital is SINISTER-Tales of Dread, a compilation of fourteen new short stories all written in 2013.

I was born in Alabama and live now in Texas on a small ranch.

My work has been predominately suspense thrillers, with my short fiction being more speculative. My latest novel is BANISHED, a dark fantasy horror novel involving fallen angels.

I love to read (especially on my Kindle), watch old movies, take photographs, and travel.
Because of my love of storytelling, I've been fortunate enough to make a lifelong investment in writing stories and novels.

News of my e-book publications can be found at: http://peculiarwriter.blogspot.com/
My Facebook page is: http://www.facebook.com/billie.s.mosiman
Find me on Twitter @billiemosiman
Posted by A.B. Shepherd at 8:00 AM