Is she crazy? - Look Behind You by Sibel Hodge 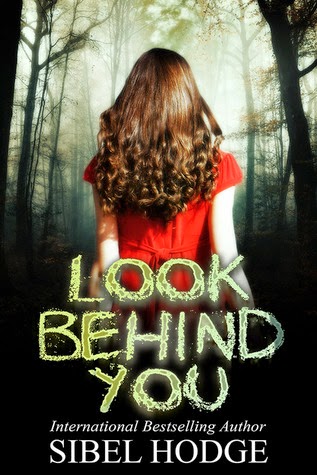 This is one of those books. Chloe wakes up bound and locked in a dark underground room with no memory of how she got there and only her will to survive to get her out. When she escapes she has lost seven weeks of her memory and she has no idea who wants to hurt her or who to trust.

It's a fast ride and I was hooked. Like Chloe I kept trying to figure this one out, bouncing around between who I suspected to be the villain. It is definitely a page turner. The ending was just a little too pat for my taste, and that plus Chloe's stereotypical victim profile, as well as a tiny error on the part of the author and her editor near the end (reference to looking for Chloe's driver's license when we've been told repeatedly she doesn't drive) are all that kept this from getting a five star rating from me. But four is good and this is really enjoyable book.

Does it bother you when a main character is a little bit too stereotypical? Please share your thoughts on this with me in the comments.

Book Blurb:
Chloe Benson wakes up kidnapped and bound in an underground tomb with no memory of how she got there.

She escapes through deserted woods with her life, but no one believes her story.

And when she suspects her husband is lying to her, Chloe is forced to retrace her past, following in her own footsteps to find the truth and stay alive.

But who is following Chloe?

Look Behind You. You never know who’s out there. 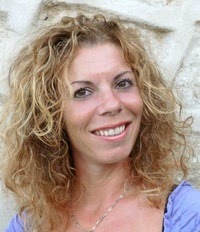 About the author:
Sibel Hodge an International. Bestselling and Award Winning Author. She has 8 cats and 1 husband. In her spare time, she's Wonder Woman! When she's not out saving the world from dastardly demons she writes an eclectic mix of genres.

Her work has been shortlisted for the Harry Bowling Prize 2008, Highly Commended by the Yeovil Literary Prize 2009, Runner Up in the Chapter One Promotions Novel Comp 2009, nominated Best Novel with Romantic Elements in 2010 by The Romance Reviews, Runner Up in the Best Indie Books of 2012 by Indie Book Bargains, and nominated for Best Children's Book by eFestival of Words 2013. Her novella Trafficked: The Diary of a Sex Slave has been listed as one of the Top 40 Books About Human Rights by Accredited Online Colleges
Posted by A.B. Shepherd at 8:00 AM