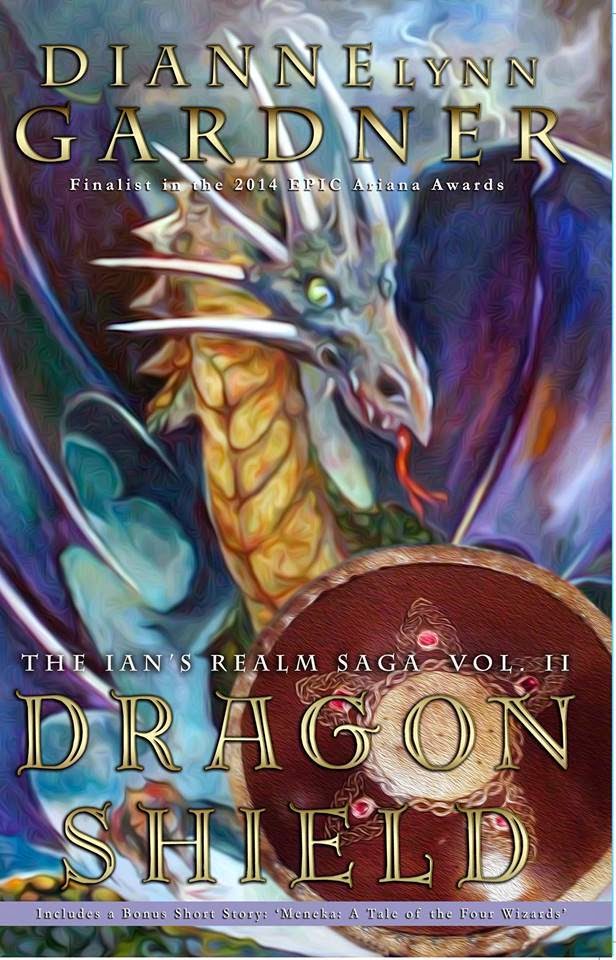 Dianne Lynn Gardner has just released the second book in her Ian's Realm Saga - The Dragon Shield on May 5th. She has graciously stopped by today to share with us an excerpt from this exciting fantasy novel, and her book trailer! I'm psyched - are you?

Book Blurb:
"Integrity isn't something you do, it's who you are," Aren tells the confused Ian in  The Dragon Shield.


Now a young man, Ian returns to the magical Realm to fight against the tyranny that has befallen his friends. But the Realm is a different place, the forest is dying, the Kaemperns have lost the shield that protected them from the dragon, and Ian has a hard time proving his allegiance when trouble follows him through the portal. His struggle to do right buries him in confusion, and he must fight his own will to prove his integrity. The Ian's Realm Saga is filled with sorcery, wizards, magic, and fantasy adventure, great for young readers and the entire family. 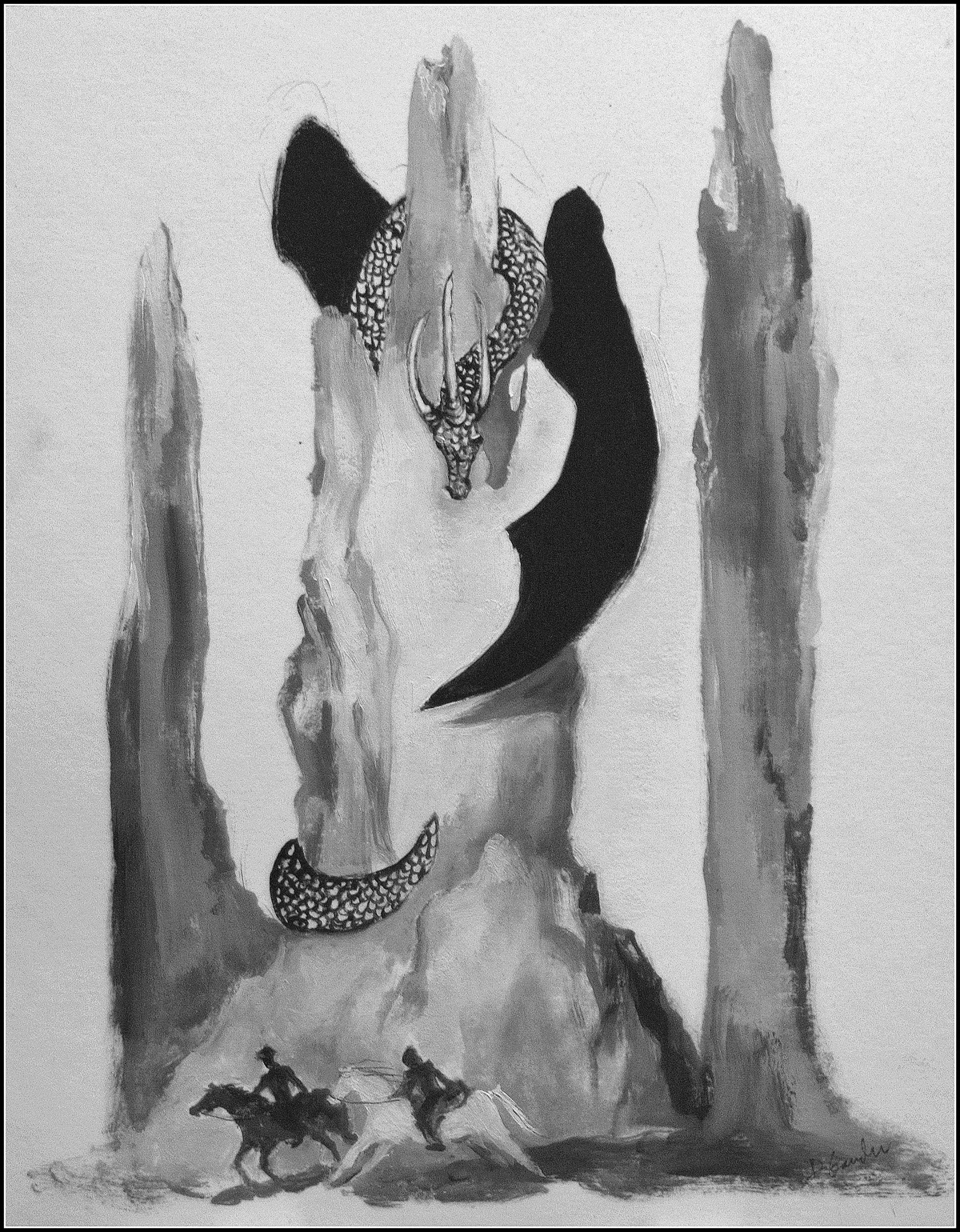 He stood centered in the blue ring, his trusty leather pouch in hand. With a tap of his thumb Ian left the real world, unaware that the television remote remained behind, pulsating an eerie blue light.
Wind stirred up stones, dirt, and shinning flakes of unfamiliar particles. He wasn’t in Alcove Forest when he stepped out of the circle. Dark walls surrounded him from three sides and he could see stars and a cold night sky in front of him. A campfire flickered, and on the other side of it he saw a small figure, half his height. He recognized the boy immediately.
“You’ve come back, monsieur, alone. C’est bon. Is time to barter, no?”
Ian’s eyes narrowed. The dark-skinned boy’s face glowed like a ghoulish mask in a haunted house.
“I’ve come to find out who you are and what you know.” Ian quickly retorted. “I’m not making any promises.”
The boy laughed quietly and tossed a piece of wood on the fire.
As his eyes grew accustomed to the dark, Ian took notice of his surroundings. An outcropping of stone that had somehow been chiseled away from a huge cliff, perhaps by the wind, hovered above. The ledge he stood on overlooked a vista of desolate country that stretched treeless to the horizon. The stars formed a celestial globe.
“Where am I?” he asked.
The boy shook his head, still smiling. His grin stirred Ian’s anger.
“Where is my father?” 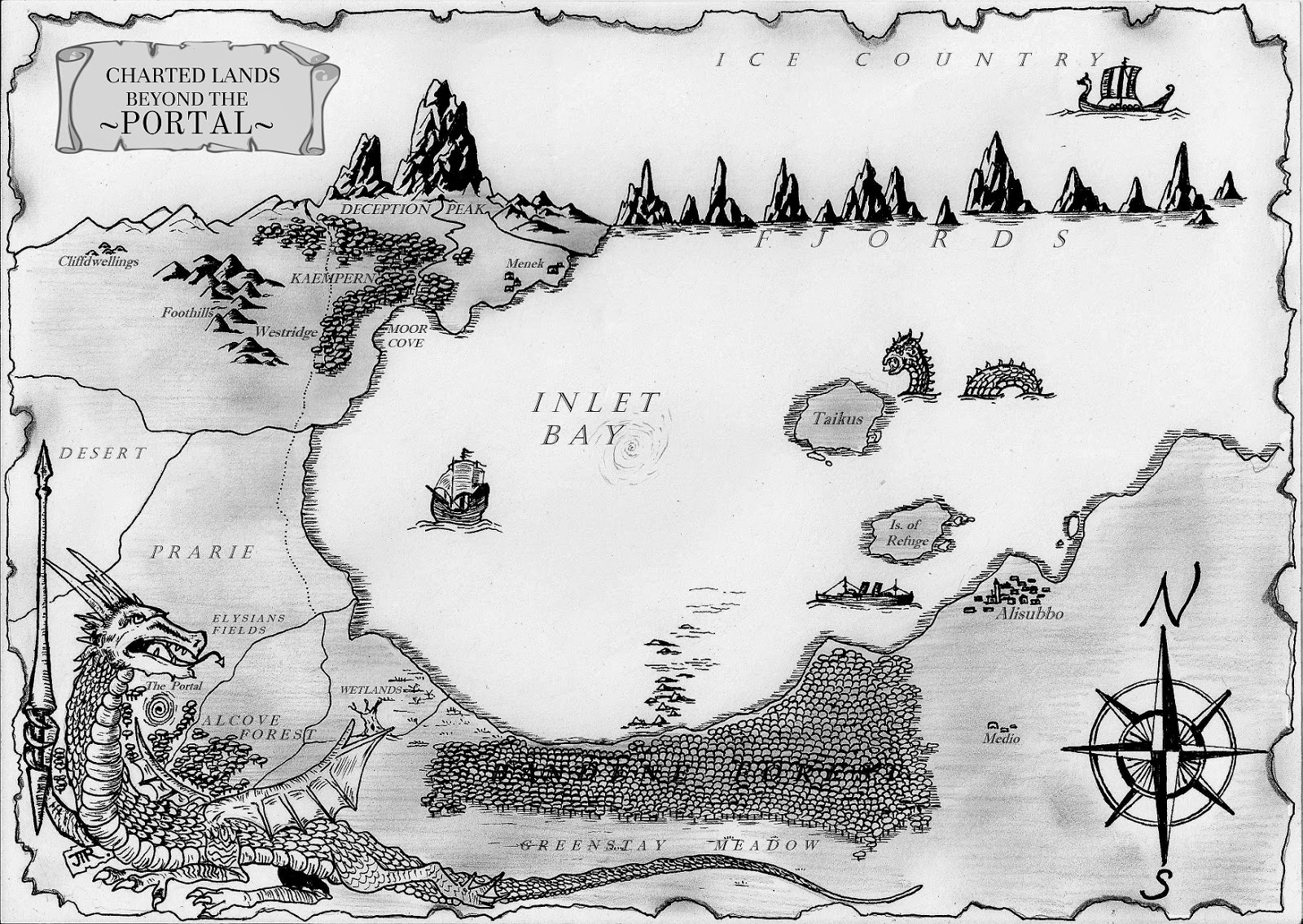 “You know not where you are? Still you think it good, maybe, to know where Père is? How would that help?” He laughed again. “You would still be lost.”
“Tell me where my father is. You said you knew. You said when we were alone we’d talk. So talk.”
Daryl chuckled again. Then he grew solemn. “Ah! But, to tell you I must have the key, no?”
“No.”
The boy’s smile quickly disappeared, the fire danced shadows across his face.
“You won’t get any key. Our world doesn’t need the likes of you in it.” Ian continued.
“That’s your fault? You think I wish your window to go through?” He shook his head. “No, is not my plan. Your world is evil.”
That surprised Ian. Why did this kid want the remote then?
A locust chirped in the desert below. The cold of the night sky dropped the temperature and Ian stepped closer to the fire.
“You’ve been to my world?” Ian asked.
The boy sported a smug smile, but his grin could have been concealing another emotion, for Ian saw his lips quiver slightly. Without warning, the child pulled his dagger; its blade sparkled red from the flames. Ian’s knuckles wrapped tight around the hilt of his sword.
He can’t be alone. How could a child so young have come here by himself?
“Your window lets the wind go, or it keeps the wind in, monsieur. For me, the wind to stay is best.”
The wind! That’s what this is all about.

Check out this trailer for The Dragon Shield!

If you'd like to check out The Dragon Shield for yourself, click here to find it on Amazon.

The Pacific Northwest is my home. After living in the dry desert of Arizona for over 23 years, I tired of always praying for rain, so I decided to come and get it on my own. Gray skies and deep forests give way to the most glorious summers you could ever imagine. Not to mention the abundance of berries, clams, oysters, salmon, fruits of all kinds, to me the Puget Sound area of Washington is the richest place in the world.

I have seven children, all grown. Sixteen grandchildren that need stories written, and so they are my inspiration.

People always find it fascinating that I lived in a mud house for over 13 years, hauling water from the well in a bucket, cooking on a wood stove, planting blue corn in desert washes, and generally living out of the box. Some of these experiences are tapped into my novels.

My website is http://gardnersart.com You’ll find books, audios, artwork and how our movie production is coming along on that site.