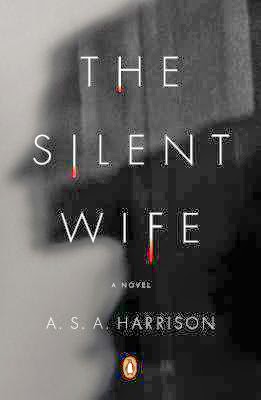 This was not a book I enjoyed. The biggest problem I had with it was the style in which it was written - stream of consciousness. I abhor that style of writing. I do not need to know every single thought the narrating character has. I find it exceedingly tedious and exhausting. I also find it boring. So why did I keep reading this one?

Good question. Mostly because I've been in a reading slump lately and I've put several books down without finishing them. I was determined when I started this book that I would see it through no matter what - kind of a mental challenge I guess. I did make myself see it through to the end, and I was hoping the ending of the story would make slogging through all that folderall  which was unnecessary and unimportant to the plot worth it.

Sadly, it didn't. The best way I can describe it is a non-ending. Sure the major plot point had been resolved, but that happened quite a time before ending.

If you actually like the stream of consciousness style of writing, you might enjoy this book. I know there are a few of you out there at least. But I just can't recommend it. There are so many great independently published books out there and this drivel is what the bigtime publishers choose to put out? Hmmmm.

I think the only reason this one made the best seller list is because the publisher has a great marketing team who wrote a great blurb. The blurb is much better than the book. I feel bad saying that because I only just read the author bio saying she died in 2013. That makes me sad for feeling this way about her work, but it doesn't change the book. And it is nothing like Gone Girl.

Have you read anything lately that really disappointed you?

Book Blurb:
A chilling psychological thriller about a marriage, a way of life, and how far one woman will go to keep what is rightfully hers.

Jodi and Todd are at a bad place in their marriage. Much is at stake, including the affluent life they lead in their beautiful waterfront condo in Chicago, as she, the killer, and he, the victim, rush haplessly toward the main event. He is a committed cheater. She lives and breathes denial. He exists in dual worlds. She likes to settle scores. He decides to play for keeps. She has nothing left to lose. Told in alternating voices, The Silent Wife is about a marriage in the throes of dissolution, a couple headed for catastrophe, concessions that can’t be made, and promises that won’t be kept. Expertly plotted and reminiscent of Gone Girl and These Things Hidden, The Silent Wife ensnares the reader from page one and does not let go. 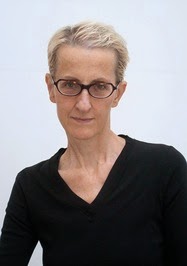 A.S.A (Susan) Harrison’s previous books include Orgasms (Coach House Press, 1974), Revelations, with Margaret Dragu (Nightwood Editions, 1987), and Zodicat Speaks (Viking Penguin, 1996). The Silent Wife is her debut novel and she was at work on a new psychological thriller when she died in 2013, aged 65. Harrison was married to the visual artist John Massey and lived in Toronto.