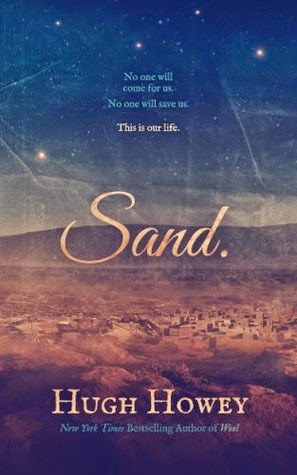 If you aren't familiar with author Hugh Howey's work, you should change that. He is one of the most successful Indie authors around. Sure he may now be traditionally published, but that doesn't change the fact that his Wool series hit best seller lists long before that.

In the Wool series Hugh's characters are trapped in a Silo in a post-apocalyptic world. In Sand he's gone in the opposite direction. It's still a post-apocalypitc world, but instead of being confined underground his characters in Sand are living thousands of feet above the old worlds that were buried under mountains of sand.


It is a gritty world, in more ways than just the sand that they battle daily, forced to continuously dig out their wells, their dwellings buried repeatedly only to be pulled up through the sand and rebuilt over and over. It is a world of pure survival, without hope. There is no joy to be found here. Families are torn apart by the need to survive.

This story centers on one such family - a family of sand divers. The sand divers are valued for their ability to dive beneath the sand and retrieve valuable relics from worlds gone by. This is their story about the tough choices they have made and must continue to make as individuals to live in this world

This is not a happy book and if that is what you are looking for don't pick it up. But it is a good book, a worthwhile read. You can feel the sand in your hair, in your mouth. You become attached to the family and you hope they make it - that they survive this world. I gave it four stars.

Want to check out Sand Omnibus for yoursef? Click here to find it on Amazon.

Do you like post-apocalyptic fiction? What is your favorite book in this genre?

Book Blurb:
The old world is buried. A new one has been forged atop the shifting dunes. Here in this land of howling wind and infernal sand, four siblings find themselves scattered and lost. Their father was a sand diver, one of the elite few who could travel deep beneath the desert floor and bring up the relics and scraps that keep their people alive. But their father is gone. And the world he left behind might be next.

Welcome to the world of Sand, the first new novel from New York Times bestselling author Hugh Howey since his publication of the Silo Saga. Unrelated to those works, which looked at a dystopian world under totalitarian rule, Sand is an exploration of lawlessness. Here is a land ignored. Here is a people left to fend for themselves. Adjust your ker and take a last, deep breath before you enter. 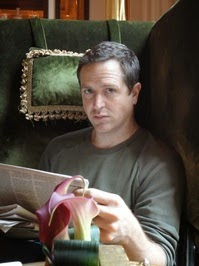 I am the author of WOOL, a top 5 science fiction book on Amazon. I also wrote the Molly Fyde saga, a tale of a teenager from the 25th century who is repeatedly told that girls can't do certain things -- and then does them anyway.

A theme in my books is the celebration of overcoming odds and of not allowing the cruelty of the universe to change who you are in the process. Most of them are classified as science fiction, since they often take place in the future, but if you love great stories and memorable characters, you'll dig what you find here. I promise.
Posted by A.B. Shepherd at 8:00 AM