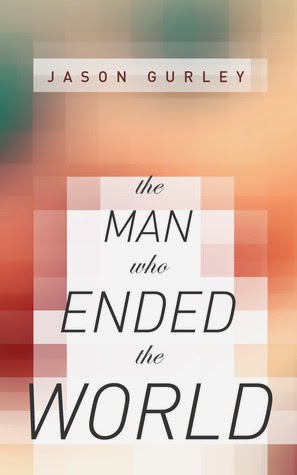 This is an apocalyptic story - my preference lately, but instead of being strictly post-apocalyptic two thirds of this one takes place before the world ends. It's been sitting on my Kindle for over a year and I've only just gotten around to it.

I have one really huge complaint about this book. The author chose to do something quite controversial and I didn't like it at all. He wrote the entire book without using quotation marks for dialogue. Dialogue was merely embedded in with the narrative. I found that extremely distracting and I hated it.
Surprisingly though, I did read this one to the end in spite of the dialogue issue and the story itself was not horrible, although it could have been improved in some areas.

Other readers have complained about the author changing tenses from present to past and back again, but I didn't notice that issue.

One of the things that bothered me was that Clarissa didn't feel real and for a while I even wondered if she was Henry's imaginary friend. Her background was never explained and her lifestyle was completely unbelievable.

I also found what ultimately happened to Steven to be okay as far as the event goes, but the children's reactions - or lack thereof - to also be unbelievable. Even in fiction you need a certain level of believability.

You never connect with these characters. You never feel invested in the outcome. There is no sense of suspense - I mean after all the title tells pretty much the whole story, right? You know right up front what is going to happen.

It's only by adding in the children that there is a story at all and even that doesn't make it really interesting. You really do know what will happen.

The most interesting aspect of this story was watching Steven's mental state unravel.

I also want to clarify that in spite of the age of the children - at only 11 - this is not a YA novel. There is some adult content although it is not overly graphic.

All in all, this one was okay for me but not earth shattering. It's not the worst book I've ever read, but it is one of the worst so far this year.

If you want to check it out for yourself you can find it on Amazon by clicking here.

What is the worst book you've read so far this year?

Book Blurb:
When Steven Glass's third grade teacher asked his class what they wanted to be when they grew up, Steven's classmates shouted the usual answers: "A fireman!" "A teacher!" "The President!" When his turn came, Steven said, "When I grow up I'm going to be the last man on Earth."

Warning signs don't come much clearer than that.

Nearly thirty years later, Steven Glass is a billionaire. Surrounded by groupies, yes-men, investment opportunities and glamour, all Steven really wants is to be alone.

In secret, Steven builds a personal sanctuary nearly a mile underground. He vanishes from public life, goes off the grid. He's finally alone. Well, except for an artificial intelligence companion named after the only girl he ever loved.

There, Steven plays video games, heckles the news, and waits for the apocalypse. When the end doesn't come soon enough, Steven goes to work. He still has billions of dollars to spend -- and there must be something he can do to accelerate the coming storm.

Wrestling with his own destiny, unaware of the young stowaways who have discovered his underground paradise, and battling his duplicitous A.I. companion at every turn, Steven Glass struggles to create the reality he has always hoped for -- at the expense of the future of every single living human being on Earth...

Unless a pair of eleven-year-old children can stop him and save the world, that is. 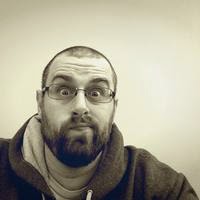 About the Author:
Jason Gurley is the author of the bestselling novel Greatfall, among other books. By day he's a designer, and by night he writes and designs book covers. He lives with his family in Oregon, where he is currently writing a novel about a girl named Eleanor. He loves meeting readers, and often gives them free books via his newsletter: http://jasongurley.com/free-books/