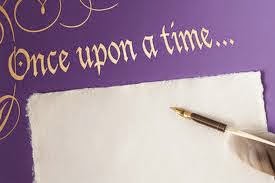 A little while ago I was having a lovely Facebook messaging conversation with my dear friend Jessica, when all at once I realized the time. Jessica is a working woman and she has to get up early so she usually goes to bed at a reasonable hour. It was getting a bit late. We are both full grown adults but I was feeling a bit silly so I offered to tell her a bedtime story to put her to sleep. Somehow, since it was Jessica and she tends to be a little bit cheeky - which I love about her - it went a bit astray. For your amusement, this is how the conversation went.

Abie: Isn't it past your bedtime missy?

Abie: Would you like me to tell you a story to put you to sleep?


Abie: Hmmmm. Once upon a time in a land far away...are you asleep yet?

Abie: ...there lived a beautiful Princess named Jessica. She lived in a crappy run down hovel with her lovely mother and self-absorbed but lovely brother. One day Princess Jessica found a beautiful new castle to move to so Princess Jessica and her lovely Queen mother and Prince brother packed up all their wordly goods in preparation for moving to their new castle. Sleeping yet?

Jess: No. I feel I've made a bad impression of my brother though. I am his sister, he's gonna annoy me no matter what he does, lol, but I like the happy ending there and I'm a princess. For a tomboy like me that is a nice change. 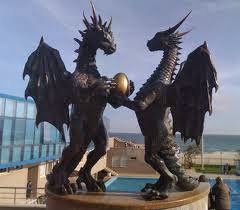 Jess: Are there dinosaurs in this story?

Abie: Bah - you are a Princess - and he is a LOVELY but slightly self-absorbed at the MOMENT brother. Explosions do not make a good bedtime story. Too much excitement there. No dinosaurs, but maybe a dragon or two. Aren't your eyes drooping yet?

Jess: No you have my undivided attention.

Abie: I'm SUPPOSED to be putting you to sleep!

Jess: You are failing, You tell riveting stories about princesses.

Abie: ...So all their worldly possessions were all packed up and awaiting the removalists - who just happened to be a pair of dragons who were brothers and ran this as a side business. Their primary business being a barbecue place where they cooked lovely ribs just by breathing fire on them and using their special family recipe marinade.

Jess: Ohhh what are the 7 secret herbs and spices, what was the name of this business? What kind of meat? When can I get some? I have so many questions. Tell me more.

Abie: LMAO! You are getting too overexcited. You will never sleep at this rate. And it's 11 herbs and spices just like the Colonel - but not the same ones.

Jess: Can I get the recipe from the dragons?

Jess: Can I play with the dragons?

Abie: The recipe had a little bit of dragon drool thrown in for good measure, but the patrons didn't mind because any germs were killed in the cooking process.

Jess: Will they eat me? And make me into dinner? 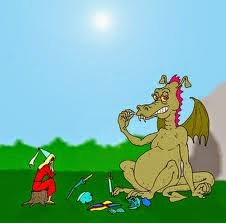 Abie: No no no. They are friendly dragons. They like people - and not for dinner. They are fine, upstanding members of society. They own two local businesses for gods sake!

Jess: Pay their taxes and everything huh.

Abie: That's it. And they donate to charity.

Abie: Victims of the bush fires of course.

Jess: When do I get ribs? I want ribs now?

Abie: Tomorrow. You can have ribs tomorrow. You just have to go pick them up. But not from the dragons. They are fictional after all.

Abie: Besides they are in removalist mode right now, remember? About to pick up all Princess Jessica's worldly goods?

Abie: Of course. Ribs on the shopping list. Check. 11 herbs and spices and dragon drool. Check. I think that is enough story for tonight. Time for Princess Jessica to close her eyes. She has to get up early.

Jess: Thanks and to you and thanks for the story.

Abie: That was just the beginning. We'll finish it another time.

So tell me - do you still get silly with your friends? I'd love for you to share a little example of your silliness.
Posted by A.B. Shepherd at 3:26 PM