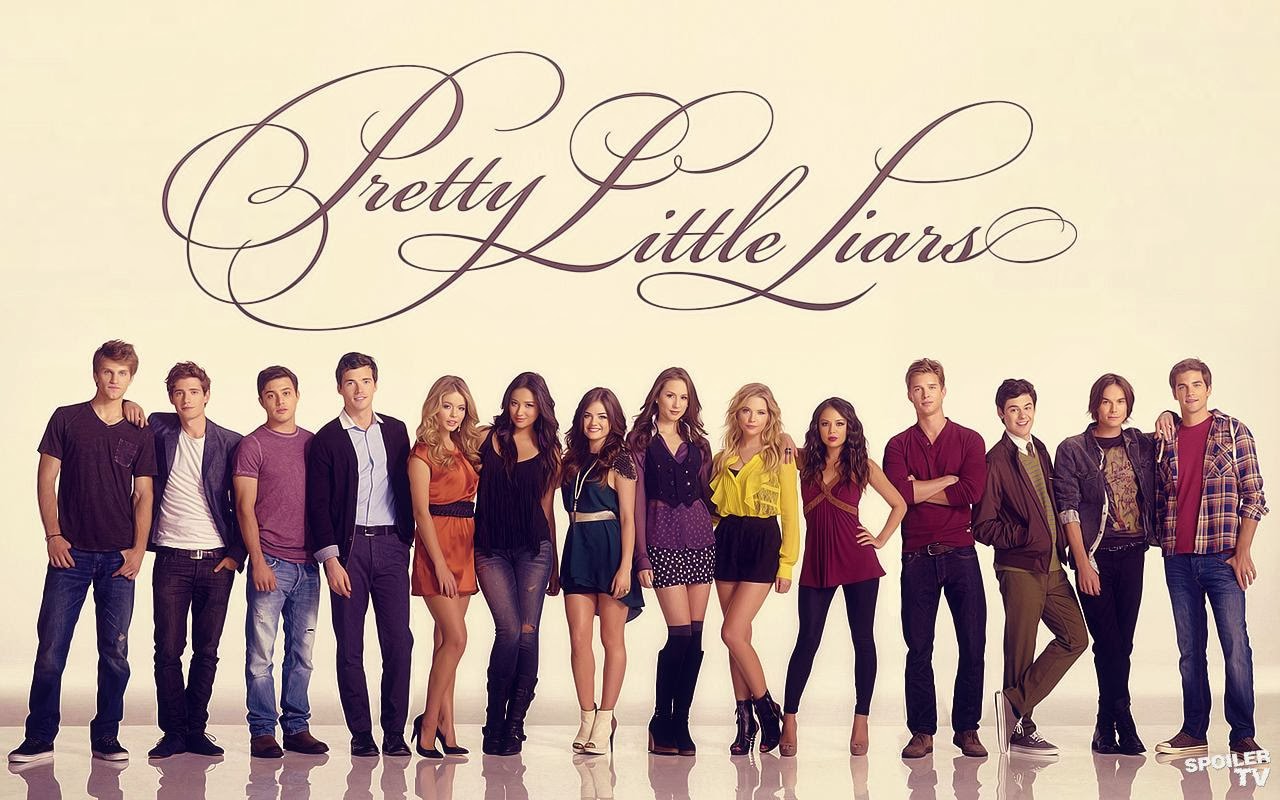 So I recently reviewed the first book in this series and admitted the Pretty Little Liars TV show is my guilty pleasure. Click here for that review. I still think the covers in this book series are just awful. But I digress.

I decided to read the books because I got impatient with the show. We are in the midst of season four and getting nowhere fast. I'm an impatient person overall, so I thought I could read the books and get my fix, getting ahead of the show.

Oops. Didn't quite work like that. While book one (other than the physical descriptions of the characters) mostly matched up with the TV series, books 2 through 12 certainly don't. Somehow I erroneously had the impression book 12 was the last in the series. It's not. There are 15 and soon to be at least 16 books.

Despite the HUGE differences between the TV series and the books I was quite happy reading along up through book 8. In book 8 we get some resolution. We find out who A really is and really, this series should have ended here.

In book 9 we get a new A and everything starts over again. This is where Sara Shepard jumped the shark. More blackmail, more drama, more of the same. Sure, the formula worked for the first 8 books, but now it's getting a bit old and I'm getting REALLY impatient. I just want to know who the new A is and end this series. Like I said before, I thought book 12 was the end only to get to the end of it and find no resolution whatsoever.

At this point, I'm sad to say I am over it. As far as the books go that is. I will continue to watch my guilty pleasure TV series, simply because it IS so different from the books and I have no idea where they are going to go with it due to all the changes they've made to the storyline. And now, if you don't like spoilers please stop reading because I'm about to give a few right here.

So some of the differences I've mentioned and a few pet peeves thrown in for good measure. If you've been a fan of the TV series you know that at this point in time there is a question of who is A and there are a lot of suspects. Mona was A at one time, and maybe she still is - or at least is working with A. Ezra could be A. Toby used to be a suspect - and maybe could still be A. And what about Jenna? Is she A?

Well not according to the books. See in the books by the time A is revealed Toby, Mona and Jenna are all dead. Yup, long dead. Toby actually dies early on and he and Spencer NEVER hook up in the books, although he and Emily go on one horrific date. And Ezra and Aria do have an inappropriate relationship, but Ezra has such a minor role in the books that his major role in the TV series is puzzling, and for me at least, quite confusing.

And here is just one of my pet peeves with this series. In the early books Aria is a knitting fiend, going so far as to knit all the girls mohair bras when they are like 12 years old. But somewhere along the way Sara seems to have forgotten that about Aria and she just never mentions Aria's knitting again.

Also Hanna and Aria go on a trip to Iceland where SOMETHING bad happened. Yet we never find out what even several books later. I guess maybe I was supposed to read on for that, but seriously. I can't take anymore.

If you want to read the series just for fun, or to read the differences for yourself go ahead. It IS fun - at least up until book 8. But I'd stop there if I were you. It's just not worth it after that. Seriously, Sara I know this is a cash cow for you, but come on.


Now tell me - who do YOU think is A? In the TV series that is. Or who do you think is the second A in the book series? Seriously, talk to me and tell me I'm not alone here.

Sara Shepard graduated from NYU and has an MFA from Brooklyn College. She currently lives in Tucson, Arizona. Sara's Pretty Little Liars novels were inspired by her upbringing in Philadelphia's Main Line.