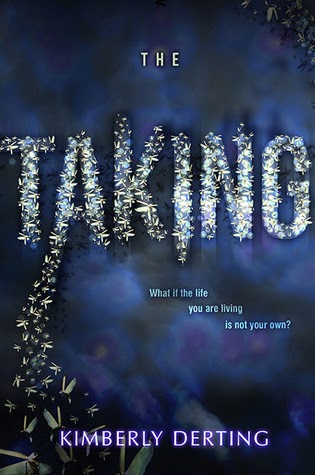 When my friend Kriss, the Cabin Goddess, told me about this book she said I would love it because it was about alien abduction in a Young Adult (YA) format. She wasn't wrong.

I read the blurb on Goodreads and my first thought was - that sounds a bit like Flight of the Navigator! I loved that movie. For those of you who have never heard of it, Flight of the Navigator was an 80s movie about a 12 year old boy who went missing one day and returned years later - still 12 years old. Similar concept and both that story - and The Taking - are very well done.


In The Taking, Kyra disappears in a flash of light after an argument with her dad over college and her boyfriend. The next thing she knows she turns up behind the dumpster of a nearby convenience store five years later - and she hasn't even changed clothes since the day she left.

Derting skillfully explores the changes Kyra's family and friends would have gone through in those five years, and deftly deals with a sixteen year old's emotional reactions at all the upheaval. I won't go into detail for fear of spoilers, but Kyra behaves like a normal teenager would, at least in my opinion. As the story unfolds, Kyra tries to figure out what has happened to her and meets some pretty scary characters along the way.

You all know I'm not a fan of romance novels, and there is a lot of romance in this one, but romance isn't the primary story although it plays a significant part. Some parts of the romance were a bit unbelievable for me - especially the parts about the maturity 17 year old Tyler exhibits, and how quickly Kyra shifted her affections from Austin to Tyler considering she and Austin had been together for years, but it was enjoyable nonetheless. The sixteen year old deep inside me would have loved a boy like Tyler.

I'm very much looking forward to the next installment in this awesome new series.

I even really like the cover of this book. I do think Harper Collins has overpriced it, especially the Kindle version - but then I tend to be a bit frugal. I'm sure most of you probably wouldn't balk at the price at all. It is technically not available for purchase yet, however you can preorder it on Amazon. You can get to its Amazon page by clicking here.

Do you love alien abduction stories too? Which is your favorite? 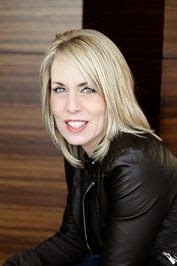 About the author:
Kimberly is the author of the BODY FINDER series (HarperCollins), THE PLEDGE trilogy (Simon & Schuster), and THE TAKING trilogy (coming April 29th from HarperTeen). She lives in the Pacific Northwest, the ideal place to write anything dark or creepy...a gloomy day can set the perfect mood. She lives with her husband and their three beautiful (and often mouthy) children who provide an endless source of inspiration.
Posted by A.B. Shepherd at 8:00 AM