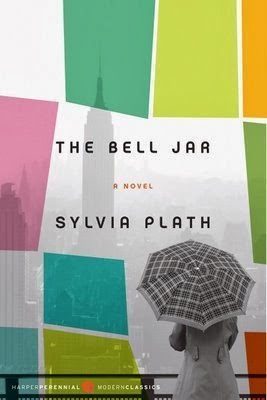 I picked up The Bell Jar for a few different reasons.

First, because a Facebook friend frequently shares quotes from Sylvia Plath that resonate with me. Second, because February 11th was the anniversary of Syliva Plath's death. And third, because it is one of those classics that I have never had occasion to read.

I have, at various points in my life, known great depths of despair that I have had to struggle mightily to overcome.

Going into this novel I was expecting it to be a downer, so when it lived up to its reputation in that regard I was not surprised. What did surprise me was how innocently it began. Esther Greenwood was a college student who had dreams of being a writer and had won a one month internship at a popular magazine over summer break. This is where the book begins. But as her internship progressed we began to see that some of her reactions were not typical of a girl her age. She had plans for her own life - big plans - that didn't include what was expected of her. When her internship ended she went home only to find her remaining summer plans had not come to fruition throwing off her life plan. Her sense of self suffered a major blow. This is when she really went off the rails.

As I was reading this book, knowing just a little bit about Sylvia Plath, I felt that this was actually a biography rather than fiction. It was only after I finished the book that I found it actually was semi-autobiographical. I didn't find it as depressing as I expected to, but I did find it sad. What I mean by that is that rather than being drawn into Sylvia/Esther's personal demons I was able to distance myself enough to read this book objectively, so while I empathized with her I did not suffer for her. Yet I can see how many would.

I thought I would struggle with this book because of the depth of emotion so many seem to find in it. I also thought those aspects would make it have a powerful impact on me. Neither was the case - and that could just be due to where I was at emotionally in my own life at the time of reading - which is often the case.

I do think this book is a good history lesson in the way mental illness was treated in the time period, which was quite a sad state of affairs. And I do know that many people find read it a powerful and amazing experience. I guess I'm just not one of them.

Have you read The Bell Jar, or any other books where mental illness plays a primary role? How did you react?

What are your thoughts?

Book Blurb:
Sylvia Plath's shocking, realistic, and intensely emotional novel of a woman falling into the grips of insanity.
The Bell Jar is Sylvia Plath's only novel. Renowned for its intensity and outstandingly vivid prose, it broke existing boundaries between fiction and reality and helped to make Plath an enduring feminist icon. It was published under a pseudonym a few weeks before the author's suicide.
'It is a fine novel, as bitter and remorseless as her last poems . . . The world in which the events of the novel take place is a world bounded by the Cold War on one side and the sexual war on the other . . . This novel is not political nor historical in any narrow sense, but in looking at the madness of the world and the world of madness it forces us to consider the great question posed by all truly realistic fiction: What is reality and how can it be confronted? . . . Esther Greenwood's account of her year in the bell jar is as clear and readable as it is witty and disturbing.' New York Times Book Review 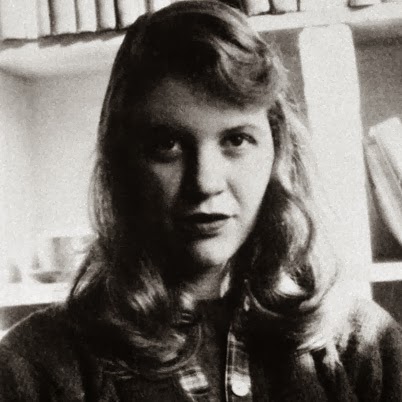 Known primarily for her poetry, Plath also wrote a semi-autobiographical novel, The Bell Jar, under the pseudonym Victoria Lucas. The book's protagonist, Esther Greenwood, is a bright, ambitious student at Smith College who begins to experience a mental breakdown while interning for a fashion magazine in New York. The plot parallels Plath's experience interning at Mademoiselle magazine and subsequent mental breakdown and suicide attempt.

Along with Anne Sexton, Plath is credited with advancing the genre of confessional poetry initiated by Robert Lowell and W.D. Snodgrass. Despite her remarkable artistic, academic, and social success at Smith, Plath suffered from severe depression and underwent a period of psychiatric hospitalization. She graduated from Smith with highest honours in 1955 and went on to Newnham College, Cambridge, in England, on a Fulbright fellowship. Here she met and married the English poet Ted Hughes in 1956. For the following two years she was an instructor in English at Smith College.

In 1960, shortly after Plath and Hughes returned to England from America, her first collection of poems appeared as The Colossus. She also gave birth to a daughter, Frieda Rebecca Hughes’ and Plath’s son, Nicholas Farrar, was born in 1962.

Plath took her own life on the morning of February 11, 1963. Leaving out bread and milk, she completely sealed the rooms between herself and her sleeping children with "wet towels and cloths." Plath then placed her head in the oven while the gas was turned on.

Her father was Otto Emil Plath
Posted by A.B. Shepherd at 8:00 AM