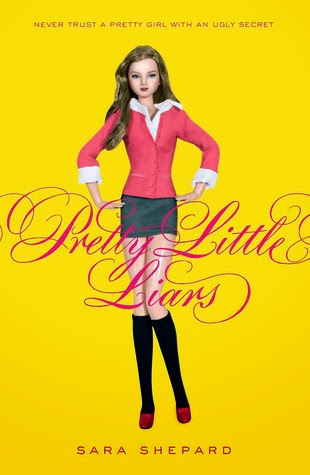 I'm letting you all in on a little secret today - my guilty pleasure TV show is Pretty Little Liars.

First just let me say - I hate, hate, HATE the covers on the books in the series. Every single one of them. They look like they are written for a six year old who loves Barbies. But I digress.

Pretty Little Liars (PLL to fans) - or as my husband calls them Pretty Little Lurkers (no he is not a fan of the show but he is an enabler who makes sure I get my fix) is a story of five teenaged girls who have skeletons in their closets. One goes missing and is assumed dead, but the other four start getting text messages with threats regarding information only the dead girl could know.


Now I've done a bit of internet snooping, so I know who the mysterious sender - "A" is supposed to be, but the TV show isn't moving fast enough for me and I don't quite know how they are going to work the whole story out so I caved and I've started reading the books on which this series is based. There are nine in all and I've just finished the first.

If you are a fan of the TV show, like I am, there are a lot of discrepancies between the book and the show that might get on your nerves, like they do mine. First, not one of the characters on the show looks like they are described in the books. At least three out of the four lead characters have dogs in the books. And Emily has a sister who is just a year older and a few other older siblings in the books. 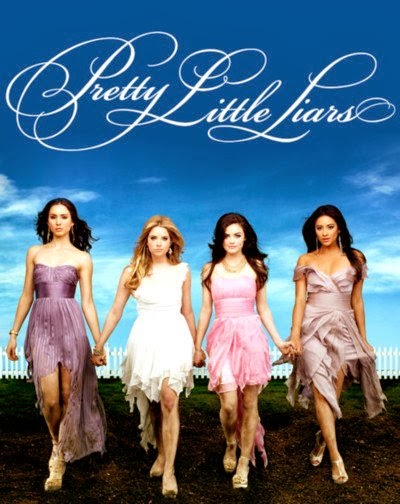 But as to the story, they've done a damned good job of sticking to the plot line - at least as far as this first book goes. And they've done an excellent job with casting, in spite of the looks thing because the characters on the show ring true to the characters in the book as far as attitude and dialogue, so well done there. With every scene I read I could picture the cast members and it felt right.

The biggest difference though, that I am struggling with, is that in the show when it started Ali had been missing for a year - which feels right. In the book she'd been missing for three years, having just gone missing during the summer after seventh grade. That means all the secrets and things those girls got up to before Ali's disappearance occurred when they were twelve or thirteen which is really a stretch. I know what I and my friends got up to at twelve and thirteen and some of it I can see, but other parts - not so much. I think it was a good move on the part of the screenwriters to change that. Fifteen is more reasonable.

And the other big difference is that Rosewood Day - the high school these kids attend - is a private school in the book with a campus containing many buildings, whereas it is a public school in the TV show. But again, I think that was a good move on the part of the screenwriters.

All in all I'm happy with the changes they've made for TV, which is such a rare thing when it comes to adapting books for the screen. Now on to the next in the series.

Are you into Pretty Little Liars too? Please tell me I'm not the only old lady who loves this series.

Book Blurb:
Three years ago, Alison disappeared after a slumber party, not to be seen since. Her friends at the elite Pennsylvania school mourned her, but they also breathed secret sighs of relief. Each of them guarded a secret that only Alison had known. Now they have other dirty little secrets, secrets that could sink them in their gossip-hungry world. When each of them begins receiving anonymous emails and text messages, panic sets in. Are they being betrayed by some one in their circle? Worse yet: Is Alison back? A strong launch for a suspenseful series.

About the author:
Sara Shepard graduated from NYU and has an MFA from Brooklyn College. She currently lives in Tucson, Arizona. Sara's Pretty Little Liars novels were inspired by her upbringing in Philadelphia's Main Line.