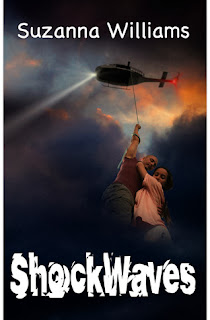 I was in the mood for something with both action and a little bit of the paranormal so I picked up this little gem.

ShockWaves is set in Britain and is the story of two teenagers who have never met, yet have an impossible bond. Paige is a priviledged young woman who tragically loses her parents in a car accident. Lee has lived a difficult life, never knowing his father and has lost his mother to cancer. They end up in the same foster home where they meet for the first time, only to realize they psychically they've known each other for years.

I really liked this book. The action was non-stop. The hero and heroine were amazingly physically fit (which is explained by their active athleticism) and resilient in spite of what they endure, but not unbelievably so - or at least no more so than any other action movie or book. I liked their psychic link. I believe a second book is planned and I'm hoping Ms. Williams will explore that link further and tell us why it exists between these two.


The only teeny-tiny little (not worth mentioning, but as usual I'll mention it anyway) issue I had with this one is that neither Paige, nor Lee seemed to have really ever heard of telepathy before. I found that a bit unbelievable, but I guess it would be better than them jumping right in as if they were experts on the subject.

This is a really solid YA action/suspense story. Very well done and I will definitely watch for a second book with these characters by this author.

Read any great YA Action (other than fantasy) books lately? Recommend your faves.

If you'd like to read Shock Waves for yourself, you can check it out on Amazon by clicking here.

Book Blurb:
Lee Banner has one passion, parkour; one secret, he's telepathic; and one problem, an ex-IRA terrorist, with a thirst for revenge, has  kidnapped the girl of his dreams.

Sixteen year old Lee Banner thinks he’s a daydreamer. One minute he’s watching the football, the next he’s seeing a girl in a car crash. It’s so real he can feel her fear, hear her scream. But when he meets Paige Harper, the girl from the crash, and her parents have actually been killed in a hit-and-run accident, can it really be just his over-active imagination?

And then Paige is kidnapped. Will their special connection and Lee’s parkour be enough to save her? 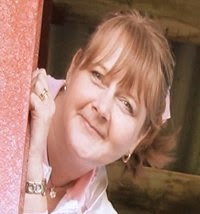 Other than this delightful photograph, no author information for Suzanna Williams was found on either Goodreads.com or Amazon.com.
Posted by A.B. Shepherd at 8:00 AM