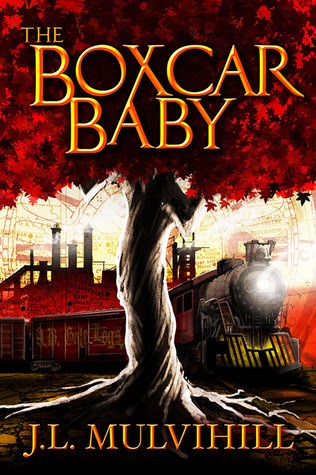 I don't have a whole lot of experience with the Steampunk genre in general so this was a little bit different for me.

J.L. Mulvihill  does a good job of building a world - an alternate history of the USA in which workhouses are the norm and there is a heavy Big Brother type government. The poor are oppressed, valueless and forced into servitude.

AB'Gale, or Abby is a sixteen year old young woman who has lived a sheltered and priviledged life up until the point that her father vanishes. With the family farm in jeopardy she has no choice but to go searching for him.


The Boxcar Baby is the first book in a new series that takes us along with Abby on that dangerous search.

I was rapt by the danger she faced and the horrors she endured. I feared for her and cheered for her.

Then somewhere near the end of this book it took a very different turn. There was still danger and triumph, but it went from being a Steampunk adventure, to being a Fantasy book. I'm not saying the two genres can't be done in the same book. I'm sure they can, and be done well. It's just that up to this point - as I said very near the end - this book really hadn't fallen into the Fantasy category. And then all of a sudden it did.

For me, it just felt like a bizzare turn on the part of the author. Almost as if she couldn't decide which genre she wanted to write.

I guess what I'm saying is - if she wanted this to be a Steampunk/Fantasy book from the get-go, I would have expected Fantasy elements to be introduced long before the ending. Does that make sense?

Overall, it was enjoyable - it just left me confused about this one aspect.

Have you ever read a book that you felt that way about? Where you thought it was a particular genre and then it changed on you? Please tell me about it.

Book Blurb:
The Box Car Baby introduces the character of AB’Gale Steel who was born in a boxcar on a train bound for Georgia, according to what her papa told her. Bishop Steel, a mechanical engineer for the Southern Railroad, found his adopted daughter snuggled in a basket of cotton on an otherwise empty boxcar in the train yard. When no one came around to claim the baby, Bishop Steel, rather than relinquish the child to the State only to end up at the Workhouse someday, smuggled her home to raise as his own. The name on the boxcar he found her in read, A B Gale Logs, and so he named the baby AB’Gale.

But if the mystery of who her real parents are isn’t enough for fifteen-year -old AB’Gale, Papa Bishop goes missing. Worried for her family and afraid of having to spend her life at the Workhouse, AB’Gale goes into town to see if anyone’s seen her papa, only to find a deeper mystery. At the train station no one seems to know who her papa is even though he’s worked for the Southern Railroad for thirty years.

An encounter with a strange Hobo-man, who claims to know her father, results in the acquisition of a leather eye-glass tube that he says belongs to her papa. Before AB’Gale can question him further the man runs away. When she gets home, she finds the Crushers taking her grandma off to the Oldies-home, so she hides until they are gone.

AB’Gale finds that the leather tube contains a map of the United States, with markers made by various towns across the country. By each marker is a word or a name written in her papa’s handwriting.

Alone, and with only the clues of the map to go by, AB’Gale has no choice but to set out on her own to find her Papa. 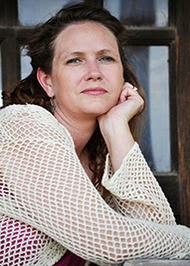 Born in Hollywood and raised in San Diego, CA, J.L. Mulvihill has made Mississippi her home for the past fifteen years. Her debut novel was the young adult title The Lost Daughter of Easa, an engaing fantasy novel bordering on science-fiction with a dash of steampunk, published through Kerlak Publishing.

J.L. is very active with the writing community, and is the events coordinator for the Mississippi Chapter of Imagicopter known as the Magnolia-Tower. She is also a member of the Society of Children’s Book Writers and Illustrators (SCBWI), Gulf Coast Writers Association (GCWA), The Mississippi Writers Guild (MWG), as well as the Arts Council of Clinton, and the Clinton Ink-Slingers Writing Group.
Posted by A.B. Shepherd at 8:00 AM