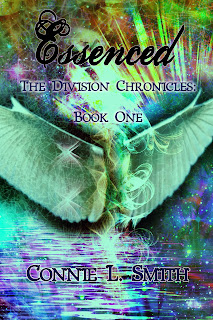 Hi Abites - Connie L. Smith is stopping by today to offer us an excerpt of her YA/Urban Fantasy novel (with Paranormal Romance elements).

It is slated to be FREE on Amazon today - November 6th - so pick up your copy at by clicking here. (Be sure to check that Amazon has it marked as free before you click buy.)


Book Blurb:
Years ago, demons were forced out of the earth’s realm by a band of supernatural fighters, banished from the place and its people in the aftermath of a horrific war. It should’ve ended there – would’ve – if not for the final demon’s claw snagging on the open portal. What felt like victory became only a reprieve, the winning warriors understanding that the tear would spread, and the demons eventually would escape exile. It was only a matter of time, and a need for future defense – a question of genetics and essences, magic and power.

Now, centuries later, a new army must bind together – one of teenagers with inhuman potentials and abilities…


AJ went to bed Sunday night an average teenage girl, clumsy and athletically lacking. So when she wakes up Monday morning with super-strength, she does what any rational person would do: She goes into denial. When a smoking hot guy in a suit shows up, rambling about the end of the war and demons spilling through some kind of rift, she refuses to listen, telling herself he’s insane. Except weird things just won’t quit happening, and the guy keeps popping up in her life, trying to explain the changes suddenly happening within her. Is she crazy, or is this guy… not so crazy after all?


AJ noticed the intense stares Julius sent her all day long, even through the mental and physical demands of her training, which had easily outdone all her previous challenges. She ached all over, sweat poured from her body, and she wanted a shower and her bed as quickly as she could possibly attain them.


Still, even with the pain and tiredness came a sense of amazement. Had she been told yesterday how much she could accomplish, she would’ve thought the speaker crazy. In fact, she’d done just that many times over. How often had she argued with her instructors, insisting they asked too much of her and her pack, that what they expected of her she simply couldn’t give? After this morning’s group embarrassment, she’d made the decision – everyone had – to stop arguing and start performing.


Turns out, the trainers knew what they spoke of. They gave her many different tasks she thought insane, but rather than recoil and dispute – her first instincts – she kept her mouth shut and tried. And did. When she thought she’d handed over every ounce of her abilities, she pressed on, always unearthing more under the exterior. Granted, she had room for progress, and who knew precisely how far this new mentality could take her, but she now understood every instructor’s insistence that the Essenced could do so much more than they believed. What they’d done that day seemed unreal, but it happened nonetheless.


She wondered how far she would be had she only accepted the trainers’ now observably true words from day one, though she couldn’t change the time she’d walked in obliviousness to anything more constructive. But it wouldn’t happen again. She would keep pushing herself, testing the extent of her abilities.


Even as she thought about those things, gathering her empty water bottles to leave the endurance room, she felt his eyes on her, so intense she both cringed and shivered. Both good and bad, beautiful and bothersome. That’s Julius, alright. Turning to him, seeing the intensity for herself, made her pause as an involuntary gasp escaped her.


“What?” she finally demanded.


He kept staring. “I’m deciding something.”


She stopped, gawking at him with wide eyes. Deciding about her? What did he mean exactly? Surely he hadn’t bridged the topic of them out in the open for everyone to overhear. They’d done so well these last days, pleasantly ignoring all the complications the topic brought, playing selective memory. If he meant to change that – which she couldn’t decide if she wanted or not – the endurance room certainly didn’t seem the ideal setting.


“Deciding what about me?”


He gazed a moment longer, biting the inside of his mouth as he thought through his answer. “You fought against Nicholai longer than the other alphas today.”


Well, this definitely didn’t sound like it concerned them. She argued with herself that she held no disappointment with that fact. “Yeah, I managed a pitiful defense for a little over a minute.”


“More than the others did.”


He nodded. “So you do. And so you’re getting it. Lesson learned, I think. Today you all pushed. A lot.”


Although she appreciated the compliment, she wondered what this had to do with her specifically. If he wished to congratulate her on a job well done, and all the students had increased their focus and determination, shouldn’t he be addressing a crowd rather than just her? “Is there something you’re wanting to say here? Because I really am hungry. And tired. And I really, really stink….”


“You outlasted the rest of them.” He looked her up and down, again causing her to cringe and shiver, nodding once when his eyes locked with hers. “You’re ready.”


She lifted an eyebrow. “In case you aren’t aware, that’s exactly the attitude that got us all in trouble in the first place.”


She tried to understand his words, but their meaning evaded her. “Next room?”


He nodded, then jerked his chin toward the door, intending her to follow him. Though nervous, and not a little unsure, she kept to her self-promise of acquiesce and walked behind him. “Where are we going?”


“But I don’t get it. You gave me the tour the day after I got here. I’ve seen all the rooms already.”


Glancing over his shoulder at her, that annoying smirk spread across his lips. “You sure about that?”


He stopped in front of the supplies room, checking to see if anyone could see his actions. When he noticed a clear coast, he opened the door and ushered her hurriedly into the dark room, flipping on a light switch seconds later.


“This is where you wanted to take me? ‘Cause I gotta say, Julius. I’ve kind of been here.”


“Shut up and keep walking.” He gently shoved her toward the area’s opposite end, grinning at her unease. As they neared the back door, leading to the desert circling the facility, he pointed to the left.


Glancing there, AJ only saw boxes piled high, layers of training materials that, although organized, hardly seemed like a destination worth finding. She turned to him, confusion and concern etched on her expression. “You’ve brought me here to kill me, haven’t you?”


He rolled his eyes, though with a smile on his lips. “I told you once before. If I was gonna kill you, it would’ve been when you wouldn’t quit with the adrenaline thing. Just walk over there.”


She tilted her head to the side, eyes suspicious. “To the piles of supplies? In the supplies room?”


“Yes.” He considered the uncertainty on her face, sighing and shaking his head. “Just this morning you were shown how this hardheaded mentality works against your training. Do you really wanna hold to it before you fight the demons?”


She winced, then glared. “That was low.”


“It was necessary. Even with your newfound determination to not be stubborn, you can’t help but be stubborn with me.”


“Well, the other trainers didn’t drag me off to show me the wonders of supply organization. I could be eating right now, you know. We walked right by the cafeteria…”


“And get rid of you…” She thought it over, then agreed. “Solid reasoning. Let’s get on with this.”


Watching her spin toward the piles of boxes, Julius smiled to himself.


Once they reached the stacks, he maneuvered one to the right, leaving just enough space between two of them for a person to fit through. He grinned at her, mockingly, and strode through the path.


“He’s so gonna kill me,” she mumbled to herself.


“I’m not gonna kill you! Just come on already!”


She did as instructed, stepping in between the mess of provisions, inching forward a few feet until she reached her trainer, finding him waiting – and smirking – beside a door she hadn’t previously seen.


“Where did that come from?”


“Do you want the construction plans?”


She scowled at him, though obviously intrigued with the unfamiliar part of the facility.


He opened the door, holding his hand out to motion her through. As she stepped over the threshold, her eyes widened at the wondrous vision, somehow stashed away behind the clutter of the supplies room. 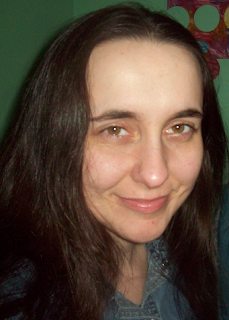 Want to connect with Connie?

You can find her here: