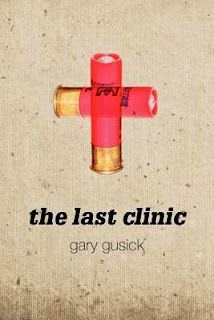 I got a free ARC of this novel from NetGalley.

Darla Cavannah is a fish-out-of-water Pennsylvania detective who moved to the deep south with her husband, the former pro athlete. This book starts six months after he was killed in a car accident.

Darla has been on leave from work until she is called in to assist in a case because she is a "hate crimes specialist" and the murder in question is of a minister who was an anti-abortion protester.

The book had it's good points and bad points for me. On the good hand there was a pretty decent mystery that mostly kept me guessing trying to figure out what was going on and there was some humor in the secondary character of Tommy - the Elvis impersonator cop.


On the other hand - the romance between Darla and her love interest moved WAY too fast and was not very believable. Also, there were a couple of other places where I thought to myself - this book was soooo written by a man who doesn't understand women. But there were only a few places like that and they weren't really central to the story.

All in all, I did like it and I think Gary Gusick handled some pretty sensitive topics (racism, abortion) really well.

Have you read any books lately with sensitive topics? How well did the author handle them?

Outside the local women’s health clinic, the Reverend Jimmy Aldridge waving his protest sign is a familiar sight. But that changes early one morning when someone shoots the beloved Reverend Jimmy dead. Sheriff Shelby Mitchell knows the preacher’s murder will shock the good people of Jackson—and the pressure to find the killer is immediate and intense, which is why Shelby calls in detective Darla Cavannah.

When police detective Darla moved from Philadelphia to Jackson with her husband—hometown football hero Hugh “the Glue” Cavannah—she never imagined the culture shock that awaited. Then after Hugh dies in a car crash, Darla enters a self-imposed exile in her Mississippi home, taking a leave of absence from the sheriff’s department. Now she’s called back to duty—or coerced, more like it, with Shelby slathering on his good-ole-boy charm nice and thick, like on a helping of barbecue.

Reluctantly partnered with a mulish Elvis impersonator, Darla keeps a cool head even as the community demands an arrest. The court of public opinion has already convicted the clinic’s doctor, Stephen Nicoletti, but Darla is just as sure he’s not guilty—even as she fights her growing attraction to him. From the genteel suburbs to a raunchy strip club, Darla follows a trail of dirty money and nasty secrets—until the day of judgment comes, and she faces down an ungodly assassin. 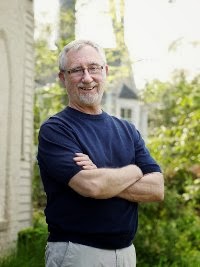 Gary Gusick is a retired advertising executive with over thirty years experience as a copywriter and creative director. He is a multiple winner of virtually every national and international award for creative excellence in advertising.

The Last Clinic is his first novel. The Alzheimer's Patient Who Couldn't Forget, Gary's second novel, another murder mystery, is currently available on Amazon/Kindle.

Gary is married and lives in Jackson, Mississippi.