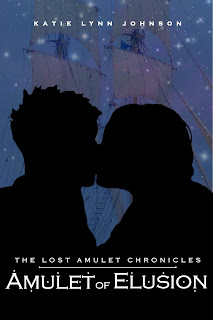 I was provided a free ebook copy of this novel by the author in exchange for a fair and honest review.

Like the book I last blogged about, this is a YA novel. This one is a fantasy set in a period similar to the 1900s, where horses are the primary mode of transport, and technology doesn't yet exist.

Alexa's parents and sister were killed in a fire when she was a child and she's been raised by Ivy, her (very young) guardian.


The story begins just before Alexa's 18th birthday, when her life will change dramatically, because she finds out her destiny has been prophesied and she is the only one who can save her kingdom.

Although this is a fantasy world, it is set in an island chain and has a heavy latin/Spanish influence. I found that aspect of the author's choice interesting.

This book has some of the elements of a great fantasy novel. There are amulets that grant specific powers to the possessor, and there is conflict. The writing style was simpler than many of the YA novels I've read, and would be easily understood by younger teens. The content is also suitable for younger teens.


The biggest issue for me was how quickly the romance between Alexa and Caleb progessed. I found that a bit unbelievable.

What is the last book you felt that way about?

Book blurb:
Alexa Costa has a life-altering secret…only she doesn’t know it yet.

Confined by law to the kingdom of Alvair until the age of eighteen, Alexa Costa has lived a sheltered existence under the watchful eye of her sword-wielding guardian, Ivy. Her love interest, Caleb Whitman, is exactly the opposite. A merchant sailor and seeker of rare artifacts, Caleb has lived a life of adventure in nearby San Lucero, the long-time rival of Alvair.

After her eighteenth birthday, Alexa’s quiet existence becomes tumultuous, and she realizes she does not need to seek to find adventure. Myths become real, legend becomes fact, and Alexa discovers that she possesses rare abilities which make her a target for both sides in a centuries-old struggle for power. She must use every resource available to her—including her talents with the supernatural Amulets— to help her friends, rekindle her romance with Caleb, and save her island home from destruction. 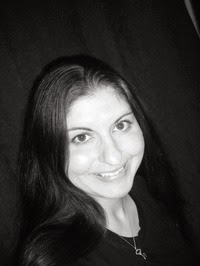 About the author:
Katie Lynn Johnson was an Air Force brat growing up, and has lived in California, Germany, New Mexico, Texas, and Idaho. In college she studied fine art and marketing, all the while taking far more English classes than were necessary for her degree. By day, she works as a writer, editor, and graphic designer for a magazine publisher, and by night she writes novels just for kicks. Katie lives in Boise, Idaho with her husband and two children.