Help me name my characters and you could win a $10 Amazon Gift Card. #amwriting #alien #giveaway 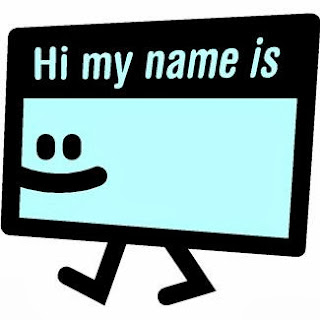 Hello Abites. I have an announcement to make. Remember when I said that Lifeboat was a one off and there would be no sequel? I meant that. I really did. For me, Lifeboat was Cassie's story and the ending was pretty final. I didn't want to write a sequel when I finished it and I wouldn't let myself see any way that I could.

Now that some time has passed I have had an idea for a sequel. This is where you come in. I'm looking for your input in naming two of the characters in this sequel.

Character one is a half human, half grey alien hybrid that has been raised by the grey aliens.

Character two is a grey alien - best friend of character one.

Gender is irrelevant. All I ask is that your suggestions are original. By submitting the names you grant me the unlimited right to use them or not, with no compensation required.  Enter them in the rafflecopter and you are eligible to win a $10 Amazon Gift Card.

So put on your best thinking caps and conjure up some great names for these characters. I know you will give me some fantastic suggestions. How do I know?