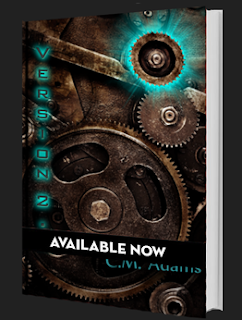 My review:
This book sucked me in and had me all the way. I was so intrigued. And then - BAM - without warning the book ended. This author has broken what I think is the cardinal rule of series writing.

Authors please take note - I've said it before and I'll say it again. If you are writing a book series you need to have two things. You need to have a major plot line that runs through all of the books in your series - this plot line is what will carry your readers on to the next book in the series. But you also need to have a minor plot lot for EACH book that can be resolved in that book so that each book gives a sense of closure and satisfaction while the major plot lines drags them forward to the next book.

A perfect example of doing this right is Ann Charles's Deadwood series.

Instead this author tried to emulate Hugh Howey's Wool series. It might have worked for Howey, but that doesn't mean it will work for everyone.

For me, the Wool series only works because Howey later released it as an Omnibus (which is how I read it). Had I bought book one in the series I never would have read on to book two for these exact same reasons.

Ditto Version 2.0. I loved the book - right up to the end. It very nearly would have gotten a 5 star rating from me.

I look at it kind of like this. It's like when you are having a fabulous make out session and just when you are about to take things to the next level your partner stops and walks away, leaving you hanging there aroused and completely unsatisfied.

Needless to say I can't recommend Version 2.0 and I won't be reading it's sequel.

Book Blurb:
Book one. An in depth introduction to what will become a series.

Former FBI agent Amber "Birdie" Farran wakes up in a community of people called Proprietors, on a part of Pritchards Island that no one else knows exists. They're there for their own protection; a people created by a government-legislated experimental trial gone wrong. They're protected from the outside world, from people who wouldn't understand and would destroy them all if they knew the truth.

Join Birdie on her journey of discovery, both of her people and of herself. Unanswered questions will lead her down a path toward answers she was never meant to know.
About the author: Adams was raised in upstate New York where she had originally aspired to be a veterinarian. Dreams thwarted by the realization, at age 12, that the profession included putting animals to sleep, she instead decided that she'd much rather be cryogenically frozen until the age of Starfleet Command came along. Sadly, her parents told her that this wasn't a possibility. This is about the time when she began writing, but it was simply for fun and something that she found herself spending more and more time doing.
Other career aspirations led her into 4 years of college studying psychology, criminology, education and computer technology. But nothing ever quite kept her interest. Writing was still highly integrated into everything she did, but it had been a private thing.
After growing some confidence by anonymously writing and posting fanfiction online, she decided to take things further and use the art of unprofitable writing in order to create an event to raise money for charities. Authors Note is an unofficial organization that runs an author convention solely for writers and readers of fanfiction to come together and meet face to face while raising money for charity at the same time. These writers come from all over and share their story of how they got into writing, and how fanfiction changed their life. The biggest way it has done so, for many, are the fans.
Because of these fans, Adams was inspired to take the leap into original fiction and publishing.
Posted by A.B. Shepherd at 8:00 AM