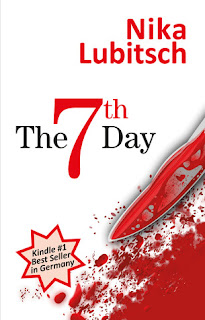 I was provided an ebook copy of this novel in exchange for a fair and honest review.

Abites, this book has quite a few five star reviews and those reviews are quite effusive in their praise. Looks like I'm in a minority here.

This was a strange book for me. I'm not sure if it is just because I am not used to reading books written by German authors, or if the book truly is strange.

Bille is a woman charged with the murder of her husband. The book starts as she recounts the seven days of her trial in journal type entries directed toward her old lover/defense attorney. There is a very bizarre vulgar sexual paragraph thrown in there which does not seem to fit with the rest of the book. I'm guessing it was intended to show us the nature of Bille's past relationship with Ulli but it just feels completely out of place.


Then we move on to Book 2, which is Bille telling her story of the past and how things led up to the trial. Most of it is a repeat of her musings from the trial, with a few odd bits of new information thrown in.

Then she recounts the story a third time calling it The True Story, again mostly repeated from earlier tellings with only a few extra bits of information thrown in here and there.

She later recounts what happened to her husband during the two years he was missing and there are a couple of twists and turns in the end.

This is far from the worst book I've ever read, but it isn't the best either. The story was good, if mostly formulaic. I figured out the murderer before the ending, which isn't unusual. I really did like the twisted ending, but hated the continuous repetition and kept thinking, just get on with it already!

Want to read it and see if you disagree with me? You can get it at Amazon.


Book Blurb:
"The Seventh Day" has been on the top of the German Kindle´s best-selling list for many months.

Sybille and Michael are a happy couple, finally expecting their first baby. But then Michael disappears without a trace. Sybille finds herself in the middle of a living nightmare. When her husband is found, stabbed to death, there is one suspect only: his wife who is charged with murder. While listening to the witnesses´ testimonies in court, Sybille in her mind revisits her life with Michael. On day seven of the trial, suddenly the truth dawns on her. Now, she only has to find a way to prove it.

This devious mystery is set in Berlin and at a secret place, which is so secret that some readers recognized it. 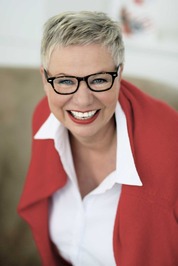 Nika Lubitsch lives in Berlin, while her soul lives in Florida. Having been rejected by all German publishers, „The 7th day“ was at the top of the bestselling list only one week after its publication at Kindle, surpassing even „Shades of Grey“. The novel stayed number one in Germany for 100 days, making Nika Lubitsch the most successful KDP author of the year in 2012. The „Queen of E-Books“, as a major German magazine dubbed her, again landed a number one hit in the Kindle charts with her second mystery „Das 5. Gebot“ (The Fifth Commandment). A major production company has already bought the film rights. „The 7th day“ is currently translated by publishers throughout the world. The manuscript also has been reviewed by Amazon crossing, but didn´t correspond with their „idea of what a best seller in English should be like“. However, a thumbs-down is the biggest motivation an author can get: Just you wait ...
Posted by A.B. Shepherd at 8:00 AM