I recently met the brilliant, witty, and gorgeous RJ Crayton, author of dystopian novel Life First. I was so taken with her that I immediately asked her to marry me in spite of the fact that we are both married to other people, and same sex unions are not yet legal where I live. I have settled for being her slightly creepy, but in a non-threatening, non-sexual way, stalker.
She completely won me over with her humor and charm and I begged her to let me interview her so I could share with you beautiful Abites some of her awesomeness.

I hope you will be as charmed as I have been, and keep an eye on the blog because soon I will be sharing my review of her fabulous debut novel, Life First, along with a giveaway of it. 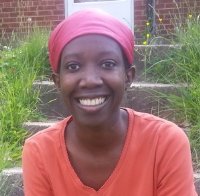 1. How did you get to be so funny? (Seriously, you are a riot.)
You’re too kind. I’m not sure I’m funny as I just look for the right anecdote. However, my father tells great, funny stories. He knows just how to put the right spin on them.

2.You teased me with some anecdotes. Tell me more about them.


I started off my career as a reporter, and worked at newspapers in the U.S. Midwest. When in Kansas, I was tasked with interviewing Amish people about the new school they planned to build. For those unfamiliar with the Amish, they shun modern technology, including phones, electricity, cars, and other good stuff like that.  I got out there, and managed to promptly lock my keys and phone in the car. So, the options were walk 20 miles from the Amish village to a regular place with a phone, grab a ride on one of their horse-drawn carriages, or live among their people. Clearly, the third option made the most sense. However, it didn’t come to that. The gray-haired Amish man whose house I’d parked in front of sent his grandson in the house to fetch a wire hanger. The boy brought it out and the old man (whose shirt was held together with straight pins because no one had yet sewn buttons on it) used the wire hanger to jimmy open my door. Realizing the Amish knew more about breaking into cars than I thought they should, I got my quote for the story and high-tailed it out of there.

Elsewhere in the midwest, I saw a cow fall into a pool. You can read about that story here, as it’s rather long.

3. What inspired you to write Life First? 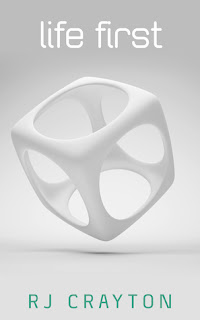 The seed for Life First came after I watched a news story.  The story was one about a woman--initially described as mentally ill--who refused to have a cesarean section because she didn’t want to be sliced open and gutted like a pig. The baby died. At the time, I remember completely understanding the woman’s fear (as being sliced open is not my idea of fun), but thinking she would have made a different choice if she had been mentally competent, as her concern for her baby’s well-being would have outweighed her fear. My recollection was that the lady was later reported to be mentally fine, and charged with a crime. However, the  situation got me thinking about what duty we owe to help other people survive. The woman in the news story decided she wasn’t willing to commit to surgery to help her baby survive. I wondered, what if it were someone else?  What if the baby’s survival were dependent on the father being sliced open, would he do it? What about a perfect stranger?

Obviously, a mother has to undergo some physical changes to birth a child, but the fact that this woman refused a procedure started me to thinking about how much should people be required to endure solely to save the life of another human being. I wondered what a society would look like if people were expected to undergo medical procedures solely to help another human being. Clearly, a mother’s health is tied to the health of her in-utero baby in ways other people’s lives aren’t tethered, so it’s not an exact analogy. But, the situation was enough to start me thinking.

4. Is it as funny as you are, or does it have a more serious tone?


The book is definitely serious in tone. Life First is set in a dystopian future where life is valued above all else, and the motto is Life First. Kelsey is told she is a genetic match for a man who needs a kidney and ordered to give hers up. She refuses and goes on the run with her boyfriend, Luke. Throughout the book, you learn Kelsey’s motive for bucking societal traditions and trying this escape. There are moments of levity, as well. But, it’s definitely not a humorous book.

5.Tell us more about your stealthy activities and being a ninja mom.


So long as my children don’t read this blog, I will tell you of the stealthy activities I perform. Most recently, I did tooth fairy duty. My daughter writes notes to the toothfairy. Unfortunately, this means I have to write back. This is challenging, because the first time I did it, she goes, “Mom, this looks like your handwriting.” Now I’ve got to write it left handed and I keep tooth fairy responses fairly short. In addition to toothfairy duty, I ferret away trash the children insist are toys whilst they sleep. At my son’s school, you’re not allowed to bring toys. Bey Blades (blinged out metal spinning tops) were all the rage for awhile, and because kids couldn’t bring them to spin, the kids would spin bottle caps instead. My son would come home with his pockets full of bottle caps (Tropicana, Sunkist, Snapple)  telling me he needed it for recess. I kept telling him it was trash. He’d eventually forget about them and I’d purge.

6.Tell us about your husband, the clone.


My husband, Fred, was born a clone (or you can call him an identical twin; but clone goes over much better at parties). He works as an attorney, is generally home at reasonable hours and enjoys spending time with the children. He talks to his clone daily, so they’re very close. As they’ve aged, they’ve diverged in looks a bit, so it’s easy to tell them apart. However, no one knows who is who when you look at their baby pictures.

7. What are you working on now?


At present, I’m working on the sequel to Life First, Second Life. It’s in the editing stages. I’m also thinking about a young adult novel. By thinking, I mean I’m trying to figure out how to make it work. I’ve written the beginning and know how it will end, but I’m stalled on that ever-important middle.

And just because I love these questions asked by James Lipton in Inside the Actor's Studio:


8. What is your favorite word?

9. What is your least favorite word? I don’t have a word that I have a strong dislike for. If one comes to mind later, I’ll let you know. If I’d been asked about my least favorite people, I could have written quite the list.

11. What turns you off?
Flatulence.

12. What sound or noise do you love?
The ocean.

12. What sound or noise do you hate?
Screams.

13. What is your favorite curse word?
Hmm.It’s hard to pick. However, if you put a gun to my head, I don’t think I’d say it, as it could, in poor sound quality conditions, be mistaken for me saying, “Shoot.”

14. What profession other than your own would you like to attempt? Brain surgery. I feel like, everyone always says they want to write a novel when they retire. I think I want to do brain surgery when I retire. Can’t be that tough can it?

15. What profession would you not like to do? Trash collector (this is strictly professionally speaking; personally, my husband has this nasty habit of handing me trash. He opens mail and hands me the empty envelope, or he will open a package and hand me the wrapper. Not cool.)

15. If heaven exists, what would you like to hear God say when you arrive at the pearly gates? Welcome.

16. Anything else you'd like us to know? I have a pretty severe cupcake addiction. Strangely, not addicted to cake. Something about having to slice it into a manageable section first deters me. The thing about cupcakes is they’re already sectioned into a manageable size, and you just grab it. If you don’t mind an earthier taste, you can just start chomping; you don’t even have to peel the paper wrapper. Not that I’m admitting to eating a wrapper; I’m just offering a thought on efficiency.
Well Abites, are you intrigued by Life First? Did you fall in love with RJ too? Keep your eye on this space. Review is coming very soon.