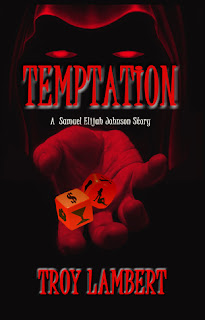 Today on the blog Abites, we are honored to have author Troy Lambert sharing his thoughts on what motivates us. What do you think? Is he right? What motivates you?

Writers always talk about motivation but I’m not here to bore you with writer speak. Let’s, for a moment, take a look at our own lives, for they, after all, are what we writers base characters on. What motivates us?

Love. Love is the motivation for everything we do. Whether that is love for money, things, or a person, love is what drives us. The love of new technology drives us to buy that new computer.
The seven deadly sins? Yep, all based on love of something, even if it’s yourself.

Faith. We all have faith that eventually if we work hard enough, find the right person to love, the right house, sometimes even the right car, things will get better, at least for us. We are, after all, selfish creatures. If we divorce our spouse, and find a new one, our lives will get better. Whatever happens to theirs matters much less to us than what our lives will look like after. After what? After whatever we are putting our faith in to change things.

Hope. What is hope anyway? Not according to the dictionary, but according to us: those who live in its shadow. I hope it doesn’t rain. I hope the car doesn’t break down on I-84 until I can afford a new one. I hope my kids remember me when I’m gone. I hope the dog did not soil the rug while I was at work.


These are all parts of hope: a greater idea that gives us promise for the future. Hope is often all a person has to hang onto when they are in the darkest of times. When it comes to books, we often share the hope of the characters, and read until the end, believing that things will turn out well for them despite where they are now.


Both Redemption and the sequel Temptation are not about a certain religion, nor are they based in a church. But they do center on the things we all yearn for: Redemption; and things we all struggle with: Temptation. So religious? Sure. But not how you would normally think of religion. The stories are crime thrillers but that explore at the heart the motivation of the characters. You’ll get to know them, and what they love, where their faith lies, and what they hope for.

Of course the greatest motivator is what they love. Even the Bible says: “And now these three remain: faith, hope and love. But the greatest of these is love.”

May you find all three in your life, and in what you read.

Temptation Blurb:
Samuel Elijah Johnson worked hard in prison to earn his law degree. He got out and started representing clients at parole hearings with surprising results: he never lost.

Earning a reputation as an up and comer with a great deal of respect for the truth, now he is faced with Temptation: is it time to take the next step and become a true defense attorney? Will he forsake his values for more money and notoriety?

An evil mastermind, a team of car thieves, and a tangled web of deception all conspire to lead him down a new and dangerous path. Will he give in to Temptation or stay the noble course?

In the sequel to Redemption, Sam, Ruth, Peter, and the gang are back to face the new challenges that come with living and moving forward. Grab this thriller today. You won’t believe where it takes you next!


About Troy Lambert, Author
Troy began his writing life at a very young age, penning the as yet unpublished George and the Giant Castle at age six. He grew up in Southern Idaho, and after many adventures including a short stint in the US Army and a diverse education, Troy returned to Idaho, and currently resides in Boise.

Troy works as a freelance writer and researcher including for the Wallace District Mining museum, and also edits for Tirgeaar Publishing and others on a freelance basis. He truly loves to write dark, psychological thrillers. His work includes Broken Bones, a collection of his short stories, Redemption The first in the Samuel Elijah Johnson Series, and his new novel, Temptation, the sequel to Redemption.
Troy lives with his wife of twelve years, two of his five children and two very talented dogs. He is a skier, cyclist, hiker, fisherman, hunter, and a terrible beginning golfer.