Beware scammers!!! They've gotten too good at what they do. 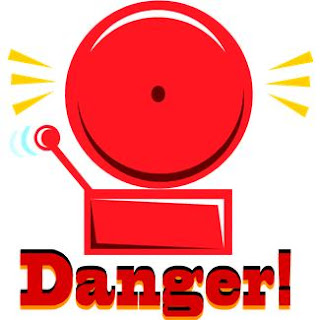 Abites, today I am talking about something very serious which is not related to reading or writing.

You might think you are too smart. That you are immune. The truth is, you might just not be as smart as you think you are. Be sure to read to the end.

I was very nearly scammed myself just today.

See I bought my domain name through Google in March. It won't require renewal until 2014. But today I got an email reportedly form Google Apps. It looked very legitimate and it said there was a problem with the payment for my domain name. I was only suspicious because it is not time for renewal and it has been 5 months since it was paid initially. Had they caught me just after I'd purchased it, or when it was time for renewal, I very likely would have fallen for it.

Although I found it suspicious, I still felt I needed to check to make sure there wasn't an issue. Instead of using the links they provided, I logged into my Google account just to check out everything was okay - and it is fine.

Once I had determined that, just for fun, I clicked on the links they had provided for resolving the issue (I don't recommend this - you can get malware that way)to see where they went. The pages they took me to were very, very, VERY well done. Looked just like Google pages, and were so legitimate looking it was scary as hell, except for two tiny details I noticed. It said if you are paying by bank you cannot update your bank details. You must provide them anew. RED FLAG!!! And although they showed I paid by credit card (which was true in my case) they didn't display the last four digits of it, like my actual Google account did.

Now I already knew this was a scam and I didn't fall for it, but many people wouldn't.

And then there are the Lonely Hearts Scammers. In this day and age online is often the best way to meet new people, but it is not without its risks.

Recently a dear friend, one who is strong, street smart and intelligent, yet lonely and vulnerable, fell prey to a Lonely Hearts Scammer. She was scammed out of a lot of money, humiliated by the experience, and left feeling defeated and hurt.

She thought that since he had contacted her (she wasn't on a dating site or anything like that), that she didn't have to worry about him not being who he claimed. He had messaged her on Facebook, claiming to have lived in her former hometown. He had gotten close to her emotionally. He put in the time. Weeks, months. Before he struck.

These scammers know exactly how to play their game. They find their target, connect with them, put in the time (this one was actually talking to my friend for hours at a time via instant messaging, texting and telephone). And then they pounce. They don't outright ask for money. They are too smart for that. They know that would set up the red flags.

Instead, they come up with a heartbreaking reason why they need a short term, high dollar loan. They are temporarily out of the country. A loved one is hurt. They are in a bind. Something believable that tugs at the heartstrings of the the target. Remember, they've already put in the time - weeks, sometimes even months, of pretending to befriend you.

If their target doesn't come up with the dough, they lay it on thick. This one actually sobbed on the phone with my friend.

They often hit you up more than once. They take your initial funds, and then there is always a complication - some other reason that more money is needed.

She felt so incredibly guilty that after she had tapped out her own resources, she took out a loan from a family member for the initial request. But then something went wrong. He needed more money. She was anxious and stressed over it. He even provided her documents proving his legitimate need and his legitimate way to repay her. She would have her money back within two weeks. He promised. 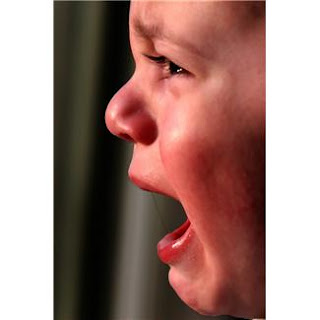 She couldn't come up with the funds for his second demand. Oddly, once she told him she was unable to give him more money, he stopped communicating with her. That is when she got suspicious. That is when, after doing some investigating she realized she had been had. This person was not who he claimed to be. And she had no recourse to recover her money because he is not on Australian soil. She can't prosecute.

But she didn't let that stop her from trying to help others. She found out that this particular person had at least three different Facebook profiles, with different names and different photos. She reported him to Facebook. As yet she is unaware if they have taken any action. She also found other women listed as his Facebook friends and she messaged them with her story, a warning to anyone else he may be preying on. One woman actually responded to thank her.

She did more research about scammers and found ScamWarners.com, a great site that lists pretty much every internet scam out there. You can see the emails, money requests, etc., that have been reported to date. My friend found her exact situation listed here - too late, unfortunately.

Australia also has ScamWatch.gov.au - another great resource and one that tells you what to do if you think you or a loved one has been scammed, and allows you to report scams. I'm sure other countries have similar resources. In my friend's case it is too late to get her money back and the way she transferred it is not recoverable.

What can you do if you want to meet people online but don't want to be taken in? First, don't rely just on photos. Try to get your new friend to move to Skype or another webcam chat program. You can tell right away on live webcam if someone looks like the photos they have sent you. At least that way you won't get Catfished.

If they refuse to use webcam they doesn't automatically mean they aren't who they say there are. There COULD be legitimate reasons why not, but ask them to send you a photo of them holding up a sign with their own name, or better yet with your name in a photo, or even a newspaper with today's date. That way you can at least be reasonably sure they haven't stolen someone else's photos, which is the most common trick scammers (and Catfishers) do.

And lastly, never ever send money to someone you've never met in person, no matter what sob story they give you. 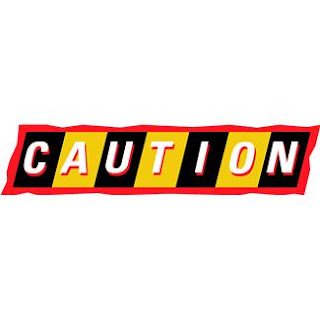 So my point is - watch out for scammers.  They are everywhere. And they want your money.

Even the brightest and most street smart of us can be scammed. Scammers are way too good at what they do. If ANYONE you have never met in person asks you for money, even as a loan - DON'T give it to them.

At least not without doing your due diligence to make sure they are for real.

And if it smells fishy - it likely is.

Don't let guilt or a soft heart rule over your head, or your wallet.

Have you or someone you loved been scammed? Has someone tried to scam you but you caught them in time? Share your stories with me.