Like Cassie in Lifeboat, I have experienced great loss in my life. In my case, I haven't lost a husband and/or child, but I've lost too many and I've loved them all. 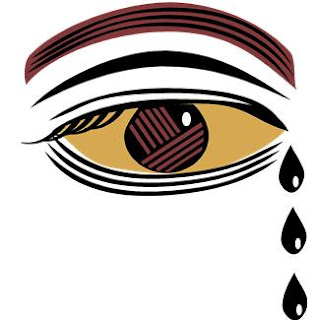 Six years ago my brother died. He was only 47 years old. He was older than I by a mere 14 months. He was ill, and we knew that, with a disease that usually takes years between diagnosis and death. It is the same disease that killed my mother two years later, and now threatens the life of my sister.

But in the case of my brother, he went from diagnosis to death in a much shorter time than usual.

He was hospitalized with an exacerbation of the disease and we all expected he'd be treated and come home again soon, because that is typical of this disease. But we were soon told his disease had progressed and it was time for hospice. He was pretty doped up at this point due to the pain and we had to get them to ease  up on the drugs so we could discuss his options with him.


His first grandchild was on the way and he was really looking forward to that. But he never got the chance to see her gorgeous face or the faces of the three more beautiful grandchildren that have come since.

One of the last truly coherent things he said to us was, "I guess I thought I had more time."  Two days later he was gone.

We all handle grief differently. I'm still dealing with mine.

One thing that most people don't know about me is that I have never been 47 years old in my own mind. For some reason when the calendar said I turned 47 the next year, the age he'd been on his death, I refused to be 47. Whenever the question of age arose, I was 48. I skipped my 47th year entirely. I was 48 for two years.

I know my brother isn't gone. Not completely. He still visits me in my dreams from time to time. He just visited me this morning. (Thank you for that.)

The moral of this story is we don't always have all the time we think we do. This life can end much sooner than we expect. So today and every day - live, don't just exist - laugh, enjoy the life you have - and love, share that love with as many as you can. Don't let another day go by without telling and showing the people you love exactly how much they mean to you.

Live life every day, in such a way that you would have no regrets if it is suddenly over.

Because otherwise - what's the point?