Book Blurb:
The universe is empty. The stars are dead. The worlds are no more. The last humans struggle to create a god to save them from the utter end. In the shadow of this colossus Max Ocel rescues a beautiful stranger from the clutches of an insane giant, and sets in motion a chain of events that threatens to wipe out mankind itself. Invincible battleships bear down on the ancient city of Metacarpi. Assassins stalk the stone tower of his childhood. Alien creatures gather in the darkness. Max faces the realization that he must sacrifice everything he holds dear to save humanity. Thumb - the first volume in The Book of the Colossus, a gripping fast-paced science fantasy series of incredible imagination.

My review:
I was provided an ebook version of Thumb in exchange for a fair and honest review.
I've never been one to judge a book by it's cover, which I think is a good thing because there a many covers that don't turn me on. Like Thumb's cover. It is a representation of a scene in the book, but it doesn't draw me in or make me want to read it.

I was intrigued by the blurb though, so I thought I would give it a go. In the beginning I started to wonder what I'd gotten myself into. I started to think the book was going to be religious fiction disguised as science fiction - it is not. I was also initially put off by the long and repeated names of places and titles of some of the characters which is common to a lot of fantasy books.

But I persevered. I'm really glad I did. Honestly, at this moment I can't tell you exactly what did draw me in - actually maybe I can. I think it started for me when the giant got inside Max's head but that wasn't really enough for me, yet I kept reading anyway. I was about half way through the book when I realized I now needed to read it. I needed to know what was happening.

There is so much going on in this story! There is the relationship between Max and his distant and autocratic father. Max's unresolved issues over his mother's death when he was very young. The relationship between Max and his best friend Abbey that might just be more than friendship. The cruelty that men (not males in particular - man - humans - in general) can inflict on each other out of ignorance - even the smartest of men. Betrayal by those you trust most. And in the end, hope that dreams for the future are not completely shattered.

This is an epic fantasy and when I finished it I felt ever so satisfied, yet wanting for more. What else could you ask for?

What is your favorite epic fantasy novel? Why do you recommend it? 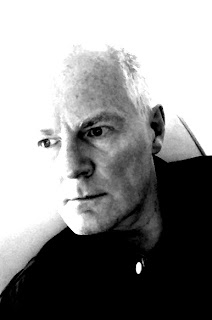 About John Guy Collick:
I was born in Yorkshire, England. When I was 10 years old my grandfather gave me a copy of A Princess of Mars by Edgar Rice Burroughs, and from then on I was hooked on science fiction and fantasy. I worked for Scotland Yard before moving to Japan for ten years to lecture in literature and philosophy. To date my writing has included nonfiction work on literature and cinema, and movie and TV scripts. I co-produced in the Japanese film industry for a while, when I lived in Tokyo.

My secret burning passion has always been to writ the kind of imaginative and experimental Science Fiction and Fantasy I loved as a kid in the 1970s - so that's the path I've set myself on now. My favourite authors include (in no particular order) Michael Moorcock, Jack Vance, Gene Wolfe and Mervyn Peake. Thumb is the first in a Science Fantasy series set at the end of time.

The book is available from the following

You can find out more about me on my blog johnguycollick.com