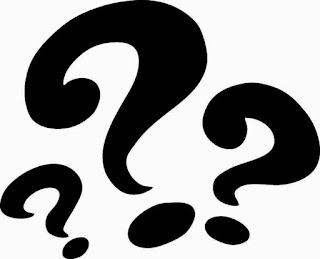 I am not quite a conspiracy theorist, but I am thoroughly fascinated by the unexplained, and love ideas of legend. This post is inspired by a thread I read on a message board, which is primarily geared toward women, last night about Tinfoil Hat Conspiracies.

There were a ton of conspiracies mentioned over topics ranging from 9/11, to the American economy and education systems, to UFOs.

It got me thinking. Some of the things I find intriguing in this life are Big Foot, The Loch Ness Monster, and UFOs. Although I cannot say with any degree of certainty these things exist, no one has yet convinced me that they definitively do not exist.

But my biggest fascination is unexplained disappearances.

Amelia Earhart's disappearance on her final flight. The Flight 19 disappearance off the coast of Florida. The Valentich disappearance.  The lost city of Atlantis. And nearly anything involving the Bermuda Triangle. Although theories abound regarding all of these things, and some would say they have been solved, none have with any degree of proof.

Where, you might ask, am I going with this?


All roads lead back to Lifeboat, my novel. My fascination with disappearances has had a heavy influence on my novel, and yet, I didn't even  realize this until last night. Oh, I knew of my fascination, and I knew what I had written, but I didn't connect the two, you know?

Lifeboat tells the story of Cass, who has had a rough life and has pretty much given up on it. She sees a UFO and becomes obsessed with them, hooking up with a couple of Ufologists. She is then rescued by a UFO when the Earth is destroyed by natural disaster, and taken to a New World with 999 other survivors. Once they settle in to their new lives, however, the survivors start disappearing, without a trace. Cass has to figure out what is happening, before she, too, disappears.

Thus, my fascination with the unexplained strikes again - in novel form.

What fascinates you? What do you think has happened in the cases of the disappearance I've listed?