So Armchair BEA wants to know why I love classics.


Well, why do YOU love classics? Honestly, I don't love all classics. I think somehow, somewhere in my mind they still have a stigma from high school lit class. My teachers picked the most boring classics for us to read when, way back then, all I wanted to read was bodice rippers. But times have changed, and I've grown up and more open minded. Bodice rippers are boring now. I hate reading romance novels. 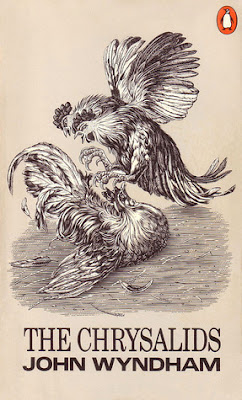 But I'm trying to read more classics in some different genres and give them a fair chance. I recently read The Chrysalids which is a classic science fiction novel.


Here is my take on it. Before you go, tell me - do YOU love the classics? Which are your favorites and why?

Book Blurb:
The Chrysalids is set in the future after a devastating global nuclear war. David, the young hero of the novel, lives in a tight-knit community of religious and genetic fundamentalists, who exist in a state of constant alert for any deviation from what they perceive as the norm of God's creation, deviations broadly classified as 'offenses' and 'blasphemies.' Offenses consist of plants and animals that are in any way unusual, and these are publicly burned to the accompaniment of the singing of hymns. Blasphemies are human beings; ones who show any sign of abnormality, however trivial. They are banished from human society, cast out to live in the wild country where, as the authorities say, nothing is reliable and the devil does his work.


David grows up surrounded by admonitions: KEEP PURE THE STOCK OF THE LORD; WATCH THOU FOR THE MUTANT. At first he hardly questions them, though he is shocked when his sternly pious father and rigidly compliant mother force his aunt to forsake her baby. It is a while before he realizes that he too is out of the ordinary, in possession of a power that could doom him to death or introduce him to a new, hitherto-unimagined world of freedom. The Chrysalids is a perfectly conceived and constructed work from the classic era of science fiction. It is a Voltairean philosophical tale that has as much resonance in our own day, when genetic and religious fundamentalism are both on the march, as when it was written during the Cold War.

My review:
This is a classic dystopian science fiction novel first published in 1955. It always amazes me when an author from so long ago can make such seemingly accurate predictions of the future world. I sometimes forget the devastating effects that were seen by those who lived through World War II and witnessed the devastation caused by the bombings of Hiroshima and Nagasaki. I'm sure that played a huge role in Wyndham's future world where so much of the land is no longer inhabitable.

But there is a lot more at work in this story than uninhabitable land. It's a story of what is right and what is wrong. About shunning, or killing, things are are not "normal". About fear, about religious beliefs, about a society that has regressed and, conversely, a society that has progressed.

While I didn't love this book, it did find it thought provoking and I'm glad I read it. It was far ahead of its time. I think this should be on the curriculum of every middle school or high school in the world. 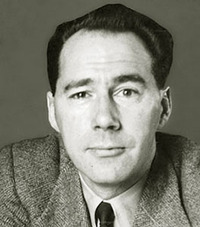 John Wyndham Parkes Lucas Beynon Harris was the son of a barrister. After trying a number of careers, including farming, law, commercial art and advertising, he started writing short stories in 1925. After serving in the civil Service and the Army during the war, he went back to writing. Adopting the name John Wyndham, he started writing a form of science fiction that he called 'logical fantasy. As well as "The Day of the Triffids", he wrote "The Kraken Wakes", "The Chrysalids", "The Midwich Cuckoos" (filmed as "Village of the Damned") and "The Seeds of Time".