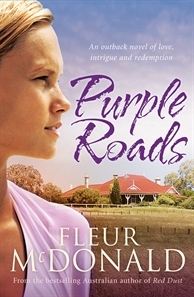 Book Blurb:
When Anna and Matt finally buy their dream farm, their struggles aren’t quite over. First it’s patchy rain and poor crops, then Matt has an accident … and even when the heavens finally open all might yet be lost. An exciting new novel full of romance and mystery from the author of the bestselling Red Dust and Blue Skies.

Anna and Matt Butler were childhood sweethearts with a dream of owning their own land, a dream they achieved through hard work and determination.

But as the seasons conspire against them and Matt is involved in a terrible accident, the couple face financial ruin and the loss of their farm.


As they fight for everything they hold dear, they suddenly find themselves caught up in events much bigger and more dangerous than they could ever have imagined.

Purple Roads is a story about maintaining faith in yourself, staying true to your ideals and, most of all, the belief that some things are worth fighting for.

My review:
Matt and Anna have some seriously bad luck on their farm compounded with a theft of some very expensive fertilizer which causes them to lose the farm. Dismissed as a one-off by the police, Matt becomes obsessed with finding the thieves blaming them for the loss of the farm.  He shuts Anna out completely.

Anna tries to make the best of things. She focuses on moving on with their lives, caring for their daughter, and tries to be supportive of Matt through his grief over this loss. But their marriage falters.
There is also mystery involved here - who did steal their fertilizer? Is there really a theft ring operating in rural South Australia? Is Matt right?

I got very frustrated with both Anna and Matt while reading this book. I nearly stopped reading it because of this. But I persevered and made it all the way through. The book has a happy, if albeit formulaic ending.

If you are a fan of Jodi Picoult type books you'll love Purple Roads.
About the author: 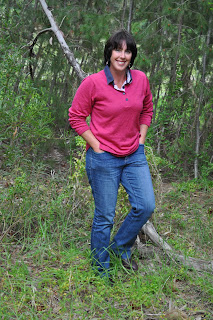 Fleur McDonald is one of Australia’s leading female rural literature authors and inspiration strikes at the strangest of times.

Usually it comes while she’s working on the 8000acre farm she owns and runs with her husband in south-east of Western Australia. Farms are labour intensive and all-consuming so Fleur snatches precious writing moments whenever she can ... in the cab of her farm ute, between runs on the chaser bin, or during a lull in cattle work.

She had a two-book deal in Germany before Red Dust was even finished. In 2009 Red Dust was the highest selling novel for a debut author. In 2010 Red Dust was short listed for the Australian Book Industry Awards as Newcomer (Debut) Author of the year and the R*BY awards. Next came Blue Skies and now her latest novel, Purple Roads.

Her stories are set in rural Australia and feature strong female characters and solid, no nonsense, country men. Fleur’s characters are inspired by the tough, complex and genuine people she’s met during a lifetime living in remote Australia.

To learn more about Fleur McDonald check out her website.