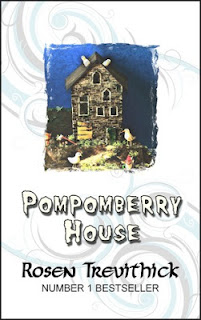 Book Blurb:
A writer's retreat seemed the perfect chance for Dee Whittaker to take her mind off her marital difficulties.

However, she meets five of the most hideous writers ever to have mastered a qwerty keyboard, and her problems quickly multiply. Things escalate further when the handyman winds up dead.

After fleeing from the island, Dee attempts to get her life back on track but begins to notice that something strange is going on. The stories written on the island are coming true and hers is next - complete with a murder.


Her estranged husband makes an unlikely sidekick as the two of them try to stop the literary copycat killing an innocent woman.

My review:
I was intrigued with the premise of this book. An indie author on an author retreat, murder and mystery. Right up my alley. This book seems to have a lot of 5 star reviews. I couldn't give it 5 stars, I'm afraid, but I did like it so I'm giving it 3 stars.

The prologue and first few chapters didn't really capture my interest right away but I persevered through them and I'm glad I did. The story did pick up. Dee seemed a pretty genuine character, but the other characters in this novel were more like caricatures.

And I'll be honest here. I'm fat. I'm very fat. When an author uses fat as a character flaw I tend to find that a little bit off putting.

The mystery in this book was solid, however, and I liked how the story played out in the end. A good solid likable book. 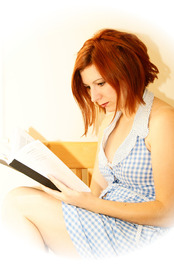 Rosen was born in Cornwall and grew up on Restronguet Creek. She studied Experimental Psychology at St Catherine’s College, Oxford, before moving back to the West Country. She now lives on the south coast of Devon with two imaginary cats, fantasising about getting a real one.

In 2011 Rosen was an aspiring author. Writing was a hobby, which helped her cope with having bipolar disorder. The following January sales of her books on Kindle took off, and by July she had sold 20,000 copies and her total download count exceeded 150,000. She now has two books in print: Pompomberry House and a short story collection called Seesaw.

Rosen writes in a variety of genres with a strong leaning towards comedy. She has also dabbled with psychological fiction and mystery writing.

She loves wild swimming, mountain biking, interesting boots, quiffs, ‘sampling’ chocolate and cooking tasty treats. She dislikes house spiders, doing laundry and people putting costumes on their cats.
You can learn more about Rosen by checking out her website.
Posted by A.B. Shepherd at 11:59 PM