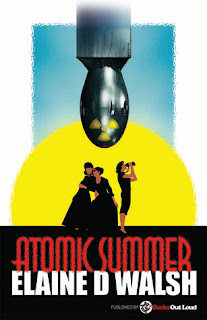 Book Blurb:
THREE friends, TWO secrets, ONE lie, and the summer that changed their lives.
In 1953, three teenage girls’ innocent conversations about what each of them would do if the end of the world were imminent, coupled with a friend’s obsession, become the catalyst for a prank that spins wildly beyond control and draws in an entire town. Left behind in the wake of that summer’s events are their unrealized dreams and open wounds. In 1973, a reunion trip to the small town of their youths returns them to the summer of 1953 and the passion and betrayal that changed their lives.


The world is ripe for destruction in 1953. The Korean War drags on and the Rosenbergs are executed as spies. Senator Joseph McCarthy convinces the country communists are infiltrating the government, and the threat of nuclear war festered in the collective consciousness of the nation. While American’s constructed backyard bomb shelters, the government conducted nuclear tests in the desert.

This is the story of the summer of three young women. A coming of age story sent in 1953 and also in 1973 when a reunion occurs between those whose lives entwined that summer so long ago.

It is not as powerful perhaps as The Help or some of the other great books written centering in that era, but it is thought provoking in it's own right. Only in hindsight can we see clearly.

This is a very enjoyable, if somewhat somber, story of teen angst and the effects of war. 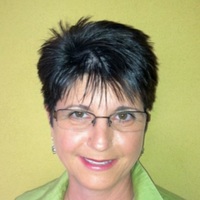 Nimitz Highway and River Street is an intersection on the island of Oahu in Hawaii. It is also the place I impatiently came out of the womb ready to start my own personal history. Plan A was the military vehicle whisking my laboring mother toward the base hospital for a traditional birth. That did not happen. Plan B has been my life since.

I was one of two children but with my father being one of nine, I enjoyed the richness and craziness of growing up in a larger extended family. Being brought up Catholic I have an appreciation for the history and tradition of the church that stays with me although I did not stay with the church. My mother suffered bouts of guilt about birth control and other church teachings I never let bother me. I struggled in other ways, dealt with it, and moved on.
Mom did her best to prepare me for life as a woman. Secretarial courses and domestic chores would prepare me to be a wife. Growing up in the flowering women’s rights movement as a child of the 70’s, we had differing ideas, and I had other plans. I went off to college in upstate New York majoring in psychology with the intent of being a “death & dying” counselor. This would be my paying job while I wrote the next great American novel. Plan B kicked in and I graduated with a B.A. in English, packed my car, and upset my parents by moving to Florida in search of my destiny.

This is where you will find me now, along with tens of thousands of northern transplants who invaded the Sunshine State. I adopted the sports allegiances of my adopted home state (Tampa Bay Rays and Buccaneers) much to the chagrin of my New York Yankee baseball and football Giant family. Without ever having taken one business course, I created my own brand and became a successful business executive by day and women’s fiction writer by night. So far, I have lived a Lifetime Movie Network life, a mixture of extraordinary, ordinary, mundane, and terrifying, providing me great inspiration and fanning my creative flame.

My father instilled in me a strong sense of family. Semper Fidelis is not only his beloved Marine Corp motto but also a guiding principle in his life. My family stood by me, accepted me, and supported me during my difficult times. Other times, we laughed and created memories. He brought to life the words unconditional love.

From my mother, I gained an appreciation for the complexities of relationships and richness in life one finds exploring and experiencing everything from a recipe, to a historical site, to lunch with friends, or a glass of wine. Material possessions meant little to her. She was a collector of experiences. We journeyed together and grew as individuals and as mother-daughter. I shared her journeys battling cancer, surviving one and succumbing to another. In one of our last soulful conversations before she died, she told me she was glad I also had a daughter and she hoped I would enjoy my own daughter as much as she enjoyed me.

Being a daughter, mother, friend, and soul mate are the most powerful influences in my life and my stories. But as a women’s fiction writer, does this surprise anyone?
Posted by A.B. Shepherd at 7:07 PM