The End of All Things by Lissa Bryan 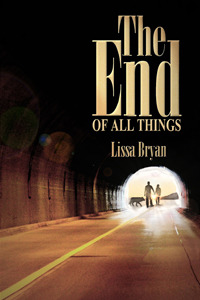 Book Blurb:
After a terrible virus ravages the planet, Carly Daniels, one of the few survivors, hides in her apartment in Juneau trying to survive the best she can with only occasional forays to gather food. With her is Sam, a wolf puppy she found starving on the streets. He becomes her companion and a reason to continue when giving up sometimes seems like the more attractive option. Still dazed with shock and grief, she hopes for the world to go back to normal soon.

She is discovered by Justin, an ex-soldier who is intent on making his way to Florida before the winter sets in. Justin coaxes her out of her hiding place and convinces her to join him on his journey, because a warmer climate will be their best chance against the extremes of Mother Nature.


Together, they begin a perilous journey through a nation laid to waste by the disaster. Challenges abound along the way. The weather, injury, and shortage of supplies all help to slow them down. In time, they discover that they aren’t the only survivors. Some are friendly but some have had their minds destroyed by the high fever. Then there are those who simply take what they want, leaving Carly and Justin with no choice but to defend what is theirs.

But their journey is not without joy and love. Together, they face every struggle, including an unplanned pregnancy. Despite the perils of bringing a child into a world of chaos, their baby is a new beginning for themselves and a symbol of hope for the other survivors they find along the way.

This is the story of their journey to find a place to begin a new life, and a home in each other.

My review:
I seem to be on a kick where I'm really attracted to post-apocalyptic novels at the moment, so when I was offered an Advanced Review Copy (ARC) of this novel I jumped at the chance to read it.

This is a good book. For those of you who love romance (which most of you know is not really my thing) there is a good deal of romance to be found here. But it's not all romance.

I think Lissa Bryan has painted a fairly realistic portrait of a post-apocalyptic world, and has done a beautiful job with the development of Carly and Justine's characters in this story.


There is plenty of action to keep you interested too. A thoroughly enjoyable novel, which appears to be the first in a new series. Keep your eye out for this one! 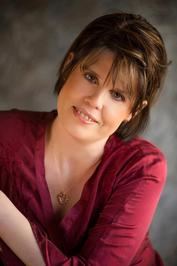 Lissa Bryan is an astronaut, renowned Kabuki actress, Olympic pole vault gold medalist, Iron Chef champion, and scientist who recently discovered the cure for athlete's foot.... though only in her head. Real life isn't so interesting, which is why she spends most of her time writing.

Lissa is also a fanfiction author, whose stories can be found here:
http://www.fanfiction.net/u/3300533/L...