Book Blurb:
An ancient predator has been reborn in the caves beneath Crater Lake…and it’s hungry.

Ex-cop Henry Shore has been Chief Park Ranger at Crater Lake National Park for eight years and he likes his park and his life the way it’s been. Safe. Tranquil. Predictable. But he’s about to be tested in so many ways. First the earthquakes begin…people begin to go missing…then there’s some mysterious water creature that’s taken up residence in the caves below Crater Lake and it’s not only growing in size, it’s aggressive and cunning…and very hungry.


And it’s decided it likes human beings. To eat.

And it can come up onto land.

So Henry, with the help of his wife, Ann; a young paleontologist named Justin; and a band of brave men must not only protect his park and his people from the monster but somehow find where it lives and destroy it…before it can kill again. ***

My review:
I don't think I'm giving anything away here by saying this since the book title pretty much gives it away - there is a dinosaur in Crater Lake. No one believes it at first. How could a dinosaur possibly be living now? But after it begins to kill, and is seen by several, Henry Shore is tasked with protecting the park, it's employees and tourists from this creature.

What follows is a harrowing battle for supremacy, between the beast, those who are determined to capture it alive, and those who believe it needs to be destroyed.  Danger abounds and you'll be biting your nails with the suspense of it all. A fun, horror-filled read.

As a rare treat for me readers, you can read a brief excerpt below. Enjoy.

Out of nowhere, the red-haired woman blurted out, “Have you ever seen the creature in the lake, Ranger Shore?” She was snacking on a big bag of M&M’s and between her words she crunched on the candies.
“What creature?” Henry was smiling.
“Oh, the serpent creature...the one that lives in the lake? My friend, Martha, was here last summer and she told me she saw this...thing...swimming in the lake one night. Looked sort of like a huge snake, only with a shorter neck and a fatter body. She swore it was greenish in color, and scaly. A water serpent. Just like that thing in Loch Ness, only smaller. Loch Ness, in Scotland, you know?”
Henry could only nod. He couldn’t believe the woman was going on and on about a lake monster. There were no such things. Into his mind stomped the
image of Godzilla climbing out of Crater Lake, spiked tail swinging and beady marble eyes scowling as it frantically waved around its tiny, clawed front arms. Henry had to stop himself from laughing.
“My friend said the creature nearly scared her to death. She’d gotten separated from the rest of her tour group exploring Wizard Island, and saw the thing in the water off shore. It circled three times glaring at her. She was terrified it was going to come up on land after her. She wasn’t the only one who saw it, either. Herman, her boyfriend, saw it, too.”
“Did she get a photograph of it?”
“Well, no. She was so scared she forgot all about her camera, and by the time she remembered the creature was long gone. She said it was really fast.”
All eyes were on Henry. He didn’t know what to say. Was the woman a crack-pot, or what? She seemed normal enough, no drooling or twitches, but one could never tell.
He sighed, trying not to appear rude. “Ma’am, as far as I know there is no serpent, no huge creature of any variety in Crater Lake. And believe me, if there was one, I’d be the first to know it,” he insisted, with a casual shrug. “One of my rangers would have seen and reported it long before this. They patrol the lake every day.”
The woman grunted in a dismissive way, didn’t say anything else, but her eyes kept squinting out at the water from under her raised palm. The sun was beginning to set in all its splendor. The whole park was bathed in a mist of golden pinks and yellows. Clouds raced across the sky like candy-colored wisps of cotton.
What bizarre things people can come up with, Henry thought. 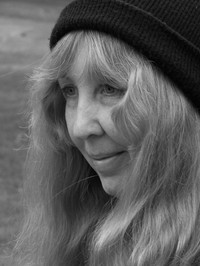 Since childhood I’ve always been an artist and worked as a graphic designer in the corporate world and for newspapers for twenty-three years before I quit to write full time. I began writing novels at 21, over forty years ago now, and have had sixteen (nine romantic horror, two romantic SF horror, one romantic suspense, one romantic time travel and two murder mysteries) previous novels and eight short stories published from Zebra Books, Leisure Books, Avalon Books, The Wild Rose Press, Damnation Books and Eternal Press.


I’ve been married to Russell for thirty-four years; have a son, James, and two grandchildren, Joshua and Caitlyn, and I live in a small quaint town in Illinois called Columbia, which is right across the JB Bridge from St. Louis, Mo. We have three quirky cats, ghost cat Sasha, live cats Cleo and Sasha (Too), and the five of us live happily in an old house in the heart of town. Though I’ve been an artist, and a folk singer in my youth with my brother Jim, writing has always been my greatest passion, my butterfly stage, and I’ll probably write stories until the day I die…or until my memory goes. All Kathryn Meyer Griffith’s Books available at Amazon.com here.