A very, very short story by Me

As some of you may remember I recently joined a small local writer's group. We assigned ourselves a little bit of homework to be completed by our next meeting which happens to be tomorrow. Our homework was to write something short - a paragraph or short story. Just write something, anything.

Although I've recently begun a second novel and am still in the process of revising my first, I wanted to write a short piece for the group meeting but I lacked inspiration. I searched the web and found a Dynamic Story Starter program at http://freeology.com/journal/dynamic-story-starter/. It gives you options of a character, a setting, and a conflict. I played with it until I picked a homeless teenager, a tree house, and the loss of all possessions. This is what I came up with to share with the group. What do you think?


I never knew my dad, or even who he was, but I remember my mom. She was a great mom. When she wasn’t higher than a kite, that is. She’d read to me lying on our bed at night, stroking my hair. But when she left me to sleep is when the party always started. I never slept very well. The voices of my mom’s so-called friends would ring through our tiny apartment with its paper thin walls.


They never talked about anything important. It was always things like “Get me ‘nother beer honey.” Or “How about lighting up another one.” And sometimes even “Come here baby, and show me how much you want it.” I tried to block it all out, burying my head under my pillow, but it didn’t help much. 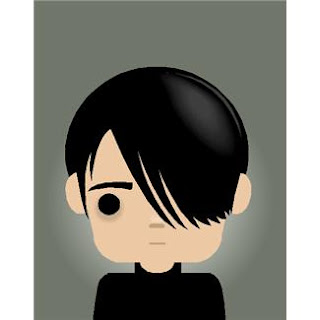 We only had one bedroom and one bed which my mom and I shared. When she came to bed. Most nights she passed out in the living room with one or more of her passed-out pals. Our apartment always reeked of cigarette smoke, marijuana, stale booze and unwashed bodies. Mom always made sure I was bathed but I couldn’t say the same of her companions.

Odd how these days I look back on those times with fondness.

I’m fifteen years old now, but I’ve been on my own for over a year. I’ve lived in this tree house that I found in the woods for the past six months. It’s safer than living on the street, and at least it has a roof to keep me dry most of the time when it rains.

It’s a bit run down. I think it was probably built by some kids who grew up a long time ago.  I’m grateful to them. At least I have a bit of shelter now.

See I woke up one morning when I was six, and got out of bed to try to wake my mom so she would pour me a bowl of cereal like she usually did. Only this time she didn’t wake up.

“Mommy, come on. I’m hungry.” I pleaded as I patted her arm and face. She felt cold and she wouldn’t move. Her eyes didn’t even flutter. “Please mommy.” She was sleeping in the arms of her latest boyfriend Max. I didn’t like Max much so I was trying not to wake him up, but I really wanted my mom to open her eyes. “Mommy, wake up!” I said right into her ear. Still nothing, but Max started to stir.

I backed up a little bit so I’d be out of his reach, but I still shook my mom’s arm. “Wake up Mommy.” Max’s eyes were open now and he started rubbing his face with his free hand. My mom was lying on his other arm. “What the…what time is it kid?” He asked.

“It’s morning and I’m hungry. Mommy won’t wake up.” I answered cautiously. I didn’t want to make him angry. “Shell wake up. The kid’s hungry.” Max groaned jostling my mom in his arms. “Shell damn it, wake up!”

“Oh shit” He said. “Oh fuck. Oh shit. Shell. Dammit. Oh fuck.” He started to get a panicked look on his face. “What the fuck. Dammit!”

Max yanked his arm out from under my mom and sat straight up, both hands pulling at his hair. He hopped up and said “Look kid. This is bad.” He rummaged around on the table that was cluttered with beer bottles, overfilled ashtrays and other assorted junk, grabbing up his keys and wallet. He found his shoes and shoved his feet into them, snatching up his jacket.

“I can count to thirty.” I said proudly.

“Right. Soon as I walk out the door you’re gonna count to thirty, real slow, right? And then once you count to thirty you’re gonna call 911. Got it?” His hand was on the door knob now and he looked at me for confirmation. I could see fear in his eyes and I felt it too. I was really scared, but I wasn’t sure what I was scared of most. I nodded at him and he yanked open the door, stepped outside and slammed it shut behind him. “Start counting kid!” I heard him yell through the door.

I did as I was told and lots of people came to fill our tiny apartment. Police, ambulance workers, social workers. I didn’t know it then but my life was over at the age of six.

I lost everything. My mom. My apartment. My friends. My toys and my bed and my books. Everything. I was sent to live with a foster family, but that didn’t work out so well. There were already a ton of other kids at that home, and there wasn’t much food to go around. I was moved to another foster care home. Over the next eight years I was placed in fourteen different homes.

Some of them were nice, but most of them were not so nice. I was abused at several, sexually, physically, and emotionally. Last year, after a particularly bad beating in my last home I ran away. Living on the street had to be better than that.

So that what I did. I lived on the street until I found this abandoned tree house. Now I live here. Begging for money on street corners. Stealing food when I can. It’s not a great life. It’s not the life I talked about with my mom when I was a kid and she asked me what I wanted to be when I grew up. But it’s my life. I’m living it the best way I can.