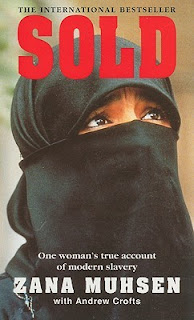 I've actually written two reviews in one this time folks. I've never done this before and may never do it again, but this time I feel it is justified.

Book Blurb for Sold:
Zana Muhsen, born and bred in Birmingham, is of Yemeni origin. When her father told her she was to spend a holiday with relatives in North Yemen, she jumped at the chance. Aged 15 and 13 respectively, Zana and her sister discovered that they had been literally sold into marriage, and that on their arrival they were virtually prisoners. They had to adapt to a completely alien way of life, with no running water, dung-plastered walls, frequent beatings, and the ordeal of childbirth on bare floors with only old women in attendance.
After eight years of misery and humiliation Zana succeeded in escaping, but her sister is still there, and it seems likely that she will now never leave the country where she has spent more than half her life. This is an updated edition of Zana's account of her experiences

Book Blurb for A Promise to Nadia: Ten years ago Zana Muhsen escaped from the life of slavery in the Yemen into which her father had sold her as a child bride, leaving behind her baby son, her sister Nadia, and Nadia's two small children. As she described so powerfully in her book Sold, Zana made a solemn vow to Nadia that she would do everything she possibly could obtain their freedom as well. This book tells the story of those ten years; of the family's lone campaign against the Yemeni authorities; of the refusal of their own government in London to help; and of the despair that forced them into a desperate deal with an unofficial military-style organization specializing in the recovery of abducted children

My (combined) review:
Sold is a story that needed to be told and needs to be read.  It is a tragic and horrifying problem that this type of thing could happen and still be happening. Every effort to get the word out about this should be made.

That said, however, for having used a ghostwriter this story is not very well told. It is a bit disjointed. It bounces around in time with no apparent rhyme or reason. And it could have been written in a much more powerful style. Although the acts mentioned in these books are truly horrifying, they aren't written in a way that really allows the reader to experience them - to feel true empathy for Zana and Nadia.

A Promise to Nadia is primarily a repeat of Sold. Much of the book covers the same detail. There is very little new information here, other than the scam that the Muhsen family fell prey to.

***SPOILER ALERT***In doing some web searching it appears that Nadia and her children did return to England in 2003, however she is still living with Mohammed and is still controlled by him and her father. She has not found the freedom the world hoped for for her.

If the money earned from these two books helped in securing the release of Nadia and her children from Yemen then buy them. That small price would be worth it. But as far as literary appeal go, I'm rating these at 3 and 2 stars respectively. 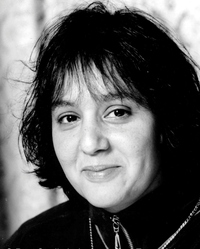 Zana Muhsen (born 1965) is a British author who has written about the experiences that she and her sister, Nadia (born 1966), went through when they were sent from their birthplace in Birmingham, England to Yemen in 1980 on a purported holiday to meet the paternal side of their family, but sold unaware into marriage in by their father, Muthanna Muhsen, a Yemeni émigré.

Andrew Crofts is a ghostwriter. You can learn more about him on his website.