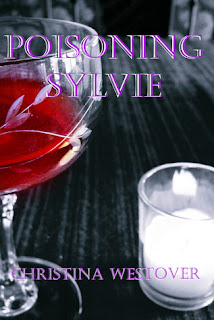 Book Blurb:
It starts with forgetting to lock the refrigerator door, with the letter received from the mother who abandoned her twenty-five years earlier, in a whirlwind of awakening which will force Sylvie out of the predictable life she has come to know.

Poisoned in a nearly fatal accident as a child, Sylvie now exists in a world where strict self-imposed limitations are never to be questioned. Sometimes, though, entire empires are forced to crumble, and hers is no exception.

After learning she occupies the apartment of a once murdered woman, Sylvie uses news reports about the murder to create another identity--a dual identity capable of accomplishing anything.


Sylvie will learn that more frightening than fighting her fears is battling her perception of self. While breaking the shackles caging her in appears at first to be the answer, she soon realizes she no longer knows who she is. After all, what have you accomplished when living a lie--and, who are you once you aren't who you always understood yourself to be?

In a schizophrenic tale of dual identities, readers will see there is more than one way of Poisoning Sylvie!

My review:
The book blurb makes this book sound way better than it actually is. It is not so much a thriller or suspense as that blurb makes it sound.

Sylvie has PTSD and toxophobia following some childhood incidents. She's trying to find a way to cope with her life and her fears. While not poorly written, the dialogue in this book needs a lot of work. The characters tend to talk in monologues rather than dialogue. The dialogue sounds more like the self-absorbed journal entries of a 15 year old girl.

Now I know that sounds bad, but I didn't hate this book. The story line had potential and the idea was creative. The writing - other than the dialogue - was really pretty good. But it is not a suspense and it is not a thriller.

It is the story of a girl trying to find herself and cope with her issues. And in that sense it is not too bad at all. 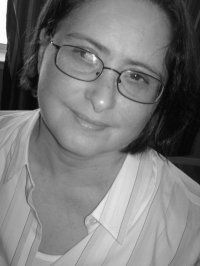 Born and raised in California, Christina Westover currently resides in San Francisco.Her method of writing is somewhat unconventional. Finding it difficult to sit behind a computer screen for too long, she composes all of her novels by hand using pen and paper.

10 Gifts To Give Yourself For A Successful Life (self-help)released October 2012
Posted by A.B. Shepherd at 10:39 AM