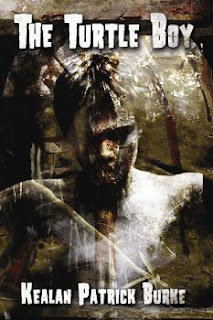 Book Blurb:
School is out and summer has begun. For eleven year old Timmy Quinn and his best friend Pete Marshall, the dreary town of Delaware Ohio becomes a place of magic, hidden treasure and discovery. But on the day they encounter a strange young boy sitting on the bank of Myers Pond a pond playground rumor says may hide turtles the size of Buicks everything changes. For it soon becomes apparent that dark secrets abound in the little community, secrets which come cupped in the hands of the dead, and in a heartbeat, Timmy and Pete's summer of wonder becomes a season of terror, betrayal and murder.

My review:
This is a really short book, something like 80 pages. It is a bit of a horror novelette with adult themes. Not super gruesome though it does have some gruesome moments. It's not a book for teens, however having said that I read Stephen King's The Shining as a teen and this is no worse than that. So I guess if you would let your teen read The Shining this should be fair game too.

Timmy is a well-loved young boy and he and his friend Pete are bored so they go exploring where they aren't supposed to. And that is where it all begins...

This is a paranormal horror story. It is a good creepy little story and the beginning of a series. 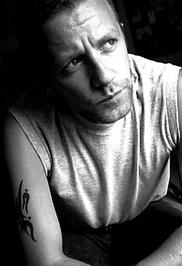 Born and raised in Dungarvan, Ireland, Kealan Patrick Burke is an award-winning author described as "a newcomer worth watching" (Publishers Weekly) and "one of the most original authors in contemporary horror" (Booklist).

Some of his works include the novels Currency of Souls and The Hides (Bram Stoker Award Nominee, 2005), the novellas The Turtle Boy (Bram Stoker Award Winner, 2004), Vessels and Midlisters, and the collections Ravenous Ghosts and The Number 121 to Pennsylvania & Others.

A movie based on his short story "Peekers", directed by Mark Steensland (DEAD @ 17), and scripted by veteran novelist Rick Hautala (Bedbugs, The Mountain King), is currently scheduled for screening at a variety of international film festivals.

Want to learn more about Kealan Patrick Burke? Check out his website.
Posted by A.B. Shepherd at 11:06 AM