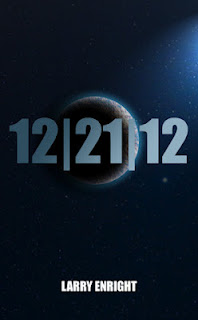 Book Blurb:
The world ends for someone every day. One day it will end for everyone.


My review:
This is a short novella - just over 100 pages. The book blurb doesn't do it justice. It is timely, and whether it will remain relevant after December 21st is unlikely. It is an end of the world story based on the concept that the Mayan calendar ends December 21st, 2012.

Basically this story is the author's imaginings of the end of the world. I don't want to go into too much detail because I don't want to spoil the book for you and I'm afraid I would. It is an interesting story and I really enjoyed it. Sure there are plot holes, but it is all in good fun. One reader likened it to an episode of the Twilight zone and I can pretty much agree with that. Overall it was a quick read and I really enjoyed it, including the twisted ending.


But here's another thing I really liked about it. On rare occasions when I read a book, and yes for me this happens rarely, I can see it playing out in my head like a movie. I cast the characters with fairly well-known actors even if those actors don't physically resemble the characters based on my own instinct for the personalities of the characters. Well, this is one of those rare books.


Now I'm issuing you a challenge. Go read this book, then come back and tell me who YOU would cast in the movie in your head.


You can pick it up on Amazon and at other locations. 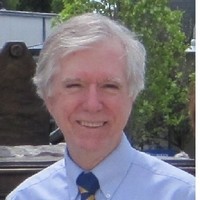 
If you'd like to connect with Larry you can find him on his Goodreads author profile page at http://www.goodreads.com/author/show/4496550.Larry_Enright.
Posted by A.B. Shepherd at 10:43 AM