The Hand of God by Tim Miller 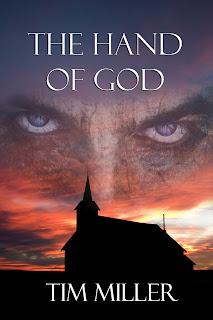 Book Blurb:
Charlie Sims is the pastor of a small church. However, he's thinks he's on a special mission from God to rid the world of sinners. As he brutally carries out his work, a mysterious man delivers a message that will change his life forever. A battle ensues for the fate of mankind.

Charlie finds himself in a struggle with the spiritual realm only to learn that nothing is what it seems. He must choose between accepting his own identity or realizing his own beliefs have been wrong his whole life. Whichever he chooses, nothing will ever be the same, and no one is safe.
My review:
The Hand of God was not what I expected. I'm not sure exactly WHAT I expected, but this wasn't it.

Tim Miller has managed to write a novel that makes you question everything you thought you knew about religion while crafting an incredible thriller.

This is not the Davinci Code revisited. It's not secret societies and symbolism. It's message is bigger and more straight forward than that.

Pastor Charlie Sims has been receiving messages from God for years telling him to kill sinners. But what happens when he discovers maybe they aren't messages from God? And maybe he's not human. And maybe the second coming of Christ has already occurred. Who does he believe? Who is good and who is evil? Is there any distinction?

Along with a thrill ride inside the mind of a serial killer, there is a thought provoking message here. Read it for yourself and tell me what you think!

Pick up your own copy of The Hand of God here. 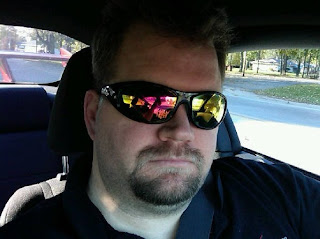 Tim Miller graduated from Bethel College in Mishawaka, IN with a degree in Bible and religious studies. After serving four years in the U.S. Marines, Tim spent six years working as a corrections officer. The Hand of God is Tim's first novel in almost ten years. He currently lives in San Antonio, Texas with his fiance and their children.

Tim became a fan of horror as a teenager. At the age of fourteen he would often read Stephen King books while listening to Iron Maiden on his head phones. He would write short stories to entertain himself and his friends. In 2001, Tim Published his first book, Without a Trace, and then Out of Nowhere a year later. These were mystery/suspense thrillers, but frightening enough in their own right.

After a ten year break and writing two inspirational books, Tim is back at it writing horror with The Hand of God. It is the first book in the series about Pastor Charlie, the preacher/serial killer. Tim is currently working on the second book, Ghost in the Desert.
Want to contact Tim? You can find him on Twitter under the handle @TimMiller2011. You can also find him on Facebook and on his website.