Excerpt of The Bird With The Broken Wing by D. L. Richardson 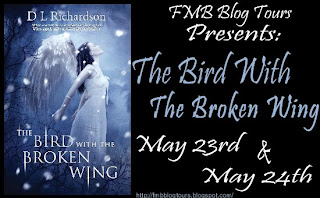 Angels may not reveal themselves to mortals.
But when the mortal Rachael’s watching over is hurting, how can she stay hidden in the shadows?

Guardian angel Rachael becomes trapped with the mortal she’s been assigned to watch over. Unable to watch him suffer, she decides the only way to free him of his inner demons is to break the rules about becoming involved, revealing her true identity, and applying divine intervention. But what choice does she have? Without her help, his soul will be trapped forever. Then a stranger appears, giving Rachael reason to wonder if his is the only soul in need of saving... 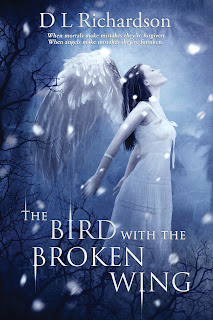 Want to buy this book? You can get it at the following links: 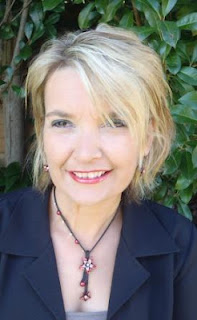 About the Author:
D L (Deborah Louise) Richardson is an author of Young Adult fiction. She has run a secondhand clothing store and was bass player/lead vocalist in a band she helped form. Today she is a writer. The Bird With The Broken Wing is her debut novel. She lives in Australia on the NSW South Coast with her husband and dog. When she’s not writing or reading she can be found practicing her piano, playing the guitar or walking the dog.

You can find Deborah at:

This tour was put together by FMB Blog Tours.