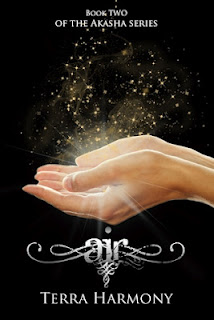 Book Blurb:
She carries more than just elemental powers. In ‘Air’, the sequel to ‘Water’ of the Akasha Series, Kaitlyn has a secret. One she won’t be able to hide much longer. As the strongest Gaia the planet has ever seen, she must face mankind’s greatest enemy as he campaigns for ‘One Less: Depopulation’. Everything depends on Kaitlyn fully embracing her role as Gaia. Her family. The Seven. The Earth. Something has to give, and it won’t be Kaitlyn.

My review:
If you know me in real life and not just as the author of this blog, one thing you know about
me is that I lack patience. So when I finished Water, the first book in this series, I was thrilled to be able to quickly put my hands on Air. What sucks (for me and other impatient readers) is that book three does not come out until October 2012. This is one of the reasons I prefer not to start a series until the series is complete - so I can devour them quickly!

Air is a worthy sequel to Water. The story of Kaitlyn, Micah, Alex, Susan, Cato and Shawn continues. We learn more back story, and some shocking secrets are revealed. I wasn't thrilled with where this book in the series ended, but I wasn't totally dissatisfied with it either. I had just hoped it would go just a little bit longer. This book in the series focuses more on character development and less on action, but the action is there - you just need to wait for it.

This is a series that really does need to be read in order so be sure to read Water before you read Air. My only complaint about this book at all is that I now have to wait for the next one! A great series so far. 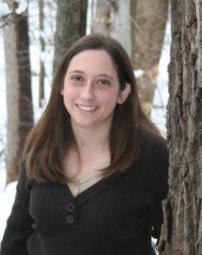 Terra is author of eco-fantasy novels, 'The Akasha Series'. The first two books of the series, 'Water' and 'Air' are currently published. Their sequel, 'Fire', will be released in October 2012, followed by the final novel 'Earth' to be released in Spring 2013.
Terra also currently has a vampire short story anthology, 'The Kindred Curse', published as an e-book. This is an adult paranormal romance fantasy collection.
Terra was born and raised in Colorado but has since lived in California, Texas, Utah, North Carolina and Virginia. Terra has served a 5½ year enlistment in the Marine Corp, has earned her bachelor's and master's degree and presently runs the language services division of a small business.
Terra currently lives in a suburb of Washington, DC with her husband of 13 years and three children.
Want to get in touch with Terra? Visit her website, like her Facebook page, follow her on Twitter or check her out on Goodreads.