The bright lights of Social Media
Are you feeling overwhelmed by so many social media sites? Between Facebook, Twitter, Google+, Triberr, Tumblr, Pinterest, and blogging, who has time to write?  They have all become one big blur to me.

This past weekend, my family and I attended our local Church Fair. Hubby got our kids a “bracelet” for unlimited rides.  I strolled along while they rode each and every ride about ten times. At first, it was very exciting, running back and forth between Pharaoh’s Fury and the Ring of Fire, but eventually the lights and sounds all became one big blur. By Sunday afternoon, hubby said to me, “I’m all fair’d out.” I felt the same way, but the kids who have an endless pit of energy, still wanted more. By Sunday evening, even the most hyper of my children was dragging her feet for one last time on the Banzai ride.

Facebook is definitely like the Ring of Fire. It can quickly suck you into a vortex of political and religious arguments draining your creative energy one log-in at a time. My advice, use Facebook with caution. Take a break from Facebook, for a day or two, and not only will you feel refreshed but everyone who matters will still be there for you when you get back.

Twitter is the Pharaoh’s Fury. You’ll want to ride it endlessly, ignoring the world around you. I’ll admit, twitter can be a lot of fun and it’s an excellent place to interact with readers. Again, take a break once in a while. It’s ok to schedule some of your tweets via Hootsuite or Tweetdeck. You don’t have to answer ever tweet in real time.  Also, if you join a tribe on Triberr, you can have your blog posts tweeted out via Triberr by those in your tribe. You’ll be killing two birds with one stone. You’ll be scheduling tweets of cool blogs and your posts will be promoted by others.

Tumblr and Pinterest are all about images and pictures. These are the brightest lights at the fair like the Ferris wheel. Although the pretty lights can be mesmerizing, remember to step away from them once in a while. If you can’t do it alone, you may need an intervention. 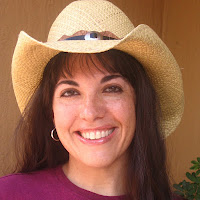 If you’re all “social media’d” out, join me in letting go and taking a break for a few hours of “unplugged” silence for writing. It’s not the end of the world that my book falls in the Amazon ranks because I wasn’t there to promote, promote, promote…  Once I’m refreshed, I’ll emerge with a new book and lots of renewed energy for social media, and my Amazon ranks will benefit more from it.

#1 Bestseller, SAND:  Dallas is a Special Forces Lieutenant who is driven by his promise to protect the Colonel's daughter Abby from an opium drug lord. He is torn between duty and his love for her and when he discovers that the drug lord's charming--murderous son has befriended Abby, there's no limit to how far he is willing to go to protect her.  To purchase your copy of Sand click here: Sand by Lili Tufel

If you'd like to learn more about Lili Tufel visit her blog here:  Lili Tufel