J.C. Andrijeski author of
Rook: Allie's War (Book One)
AND
The Culling (The Slave Girl Chronicles #1)
and her character Allie of Rook: Allie's War
have both joined us today to share a little of their lives with us!

Allie (Primary character of Rook: Allie's War) talks coffee:
Coffee isn't just that thing that makes it easier for me to get up in the morning...I don't know if I would get up, to be honest, if it wasn't for coffee. I know Jon would say that's because I drink too much or spend too much time out late with Jaden or Nick...or these days, Cass. But the truth is, I've always had this thing where I wake up in the middle of the night..partying is actually one of my ways to prevent that. Usually I just get up and draw, for hours sometimes.
Sometimes I draw pictures of people or things I know, but a lot of the time, I draw strangers, and mountains, other places...and that damned pyramid that I've been seeing since I was a kid. Then I'll look up and it'll be dawn and I have to work the morning shift at Lucky Cat, so I end up grinding up the most expensive roast of African beans I can find in my freezer, pulling out the crumbs sometimes like some kind of drug addict and filling my little electric grinder as best I can. And I really grind those suckers, let me tell you...I grind them down to the finest baby powder, ever since one of my barista friends told me that was the way to really up the caffeine count. My mother tells me I drink coffee like a German...so strong it would be unbearable for anyone but a Nazi, but with enough cream and sugar in it to make it more like a meal than a beverage. My mom's kind of weird with her sayings though. Both she and dad are kind of like this fount of weird comparisons and sayings from like the 1950s, even though I know they were born later than that. So yeah. Coffee. I think if every other food group were eradicated from the planet, I would still need that one.


J.C. Andrijeski (Acclaimed author of Rook: Allie's War AND The Culling (Slave Girl Chronicles #1) talks life:
It's funny, as I grow older it becomes both easier and harder to remember who I was in the early days. Easier, because frankly, in some ways, I feel like I'm finally getting back to who that person was, and what she really cared about. Harder, because there is such a dense layering of life experiences and places and people since that time, I can't help wondering if at least part of who I remember is an idealized imagining.

True or not, idealized or not, my childhood memories are rife with dramatic tales of saving the world and sticking up for the little guy, wanting to build worlds with my mind and tell stories and imagine a better world for the people I loved. I wrote down those tales as soon as I could write...and drove my brother and sister and my parents nuts with them even before then. I remember those mountains in California and the quiet of the land back then, how pregnant with life...and how perfect it was for telling stories, and for tapping into that feeling of...I don't know, something greater, I guess. I wanted that feeling, not only for myself, but for everyone around me, especially those I loved. It was like an obsession of mine, to find some means of tapping into that thing I felt, to evoke it in other people, make them look higher, further, deeper into the world around them.

Even now, I associate that love of the largeness of human beings with the Santa Cruz mountains and apricot orchards, with the pound of surf on the rocky coast, and with hanging out with my brother on the grassy hills of our backyard, talking about how we would save the world from alien robots or some other gripping threat that we were certain was almost upon us.

The older you get, of course, the more the different layers of your roots alter, where it's hard to know which place or time really sums up who you were. You also find the connecting points, the threads that pull between them. One of those lives in San Francisco for me. I remember moving there from New York after grad school, and how something in that move really reignited that passion in me...not only to write fiction again, but to view the world through that lens of a greater meaning. Like Allie, that involved a lot of time in coffee shops and bars with artist and musician friends, talking politics and philosophy and spirituality and what it meant to make a difference. It involved a lot of arguments about things that only twenty-somethings can usually find the passion to argue about, and a lot of schizophrenia in terms of how I wanted to manifest that energy in the world. I'm not dismissing any of that as the naivete of youth, either. It still feels real to me, caring about that stuff, and maybe that's where I always return, to that thread in me that isn't content with pretending I don't.

Now I'm in India, and in some ways as far away from my roots as I could possibly be. Still, it feels like another of those connecting points, not a detour along that path. After finally managing to disentangle myself from years of doing work that held little meaning for me, I find that it is in India, ironically, that I'm reaching for that kid I was again. It's like that truism that you have to get old enough to be young again, because there are all of those years where you're just focused on the wrong things. So it is here, in India of all places, in my forties, at the foot of a very different set of mountains, that I find myself reminded of who I was. I'm not the same person, of course, even since San Francisco, but there's a connecting point there somewhere, a tenuous thread to the much more open and optimistic...and really more generous...worldview of that younger me.

All I can say about that really is, it doesn't suck. 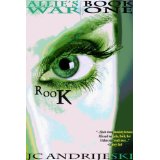 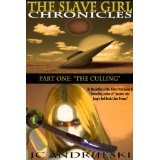